You’ve Got The Touch! – The Transformers: The Movie Coming Back to Theaters 9/27 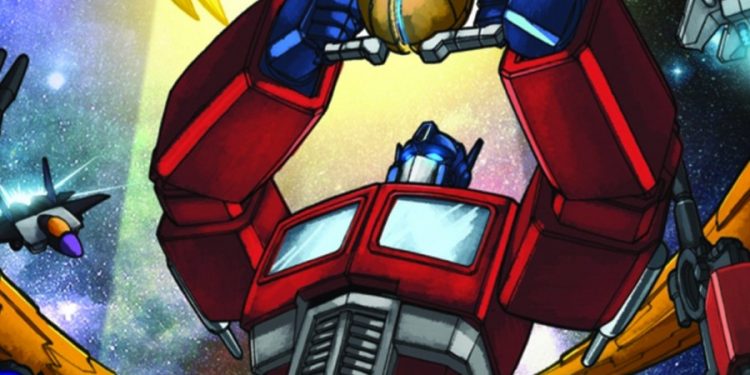 I'm about to lie to you.

That's okay; it's not a lie rooted in malice, a lie of betrayal or even a lie of omission. It is the lie we are all guilty of daily. Today I engage in the lie of memory, the lie of information creep, the lie of nostalgia. Because The Transformers: The Movie was released on Friday, August 8th, 1986, and I want to tell you that I sat in that theater, that I dragged my parents kicking and screaming to watch my favorite toys, my favorite cartoon come to life on the biggest screen I could imagine. I want to tell you about each frame of the cinematic masterpiece burned into my eyes from my seat. But I can't, because I was just celebrating my first birthday in 1986, and my first movie theater memory remains running out of Jurassic Park with my little brother when I was 7.
Mom finished the movie while we played video games in the lobby. 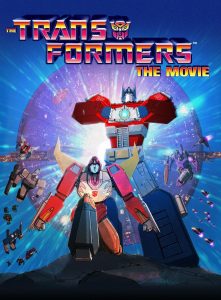 No, my first memory of TFTM comes sometime around 1990, soon after our family had moved from St.Louis to Atlanta; I was digging through VHS tapes looking for my prized possession: a VHS of TFTM that had been taped off of local television. Imagine my dismay when Leonard Nimoy's Galvatron bellowed, "Mangus! I want the matrix!" and the next shot was not of Ultra Magnus refusing, but of a fairway approach of a golfer I didn't know then and don't know now. My beloved TFTM was replaced by GOLF; and not 1998 Tiger golf, regular CBS Sunday golf. From that point on, this movie transformed from prized possession to holy grail.
How holy?
I played varsity football from sophomore year of high school to senior year of college. The night before every game, I watched TFTM - first on a VHS I bought at my first comic convention in 9th grade, then via a bootlegged download copy my freshman year of college (s/o to Limewire!). I gasped when Megatron assassinated Ironhide (still do), I choked up when Prime died (still do) and I cheered when Rodimus Prime arose (yep - still do).
The Autobots must stop a colossal planet consuming robot who goes after the Autobot Matrix of Leadership. At the same time, they must defend themselves against an all-out attack from the Decepticons.
Reading the synopsis, it's easy to be cynical about this movie; hell, this is Orson Welles' last role, and look at HIS take on it:
The Japanese have funded a full-length animated cartoon about the doings of these toys, which is all bad outer-space stuff. I play a planet. I menace somebody called Something-or-other. Then I'm destroyed. My plan to destroy Whoever-it-is is thwarted and I tear myself apart on the screen.
Objectively, he isn't wrong. Plot wise, it is clearly inspired by the then-recent Star Wars trilogy, down to a dying mentor, a new female character with a hair buns, and a mission to destroy a planet killing threat. Even more cynically, it was a way for Hasbro to clear the toy shelves of old stock, and create a demand for new toys (this worked BTW). But, as is often the case with memory, the emotions evoked far outweigh any of the cynicism or even the numerous - NUMEROUS  - animation errors.
Who cares that Hot Rod never transforms the same way twice in the movie? When Vince DiCola and Stan Bush are the stars of the most 80s soundtrack of all time, I couldn't care less about the nitpicking. And neither could fans of the film, which is why it is returning to theaters across the country on September 27th .
GET YOUR TICKETS HERE.

Whether you watched in 1986, or had a treasured VHS taped over, or just love quality films, I hope to see you out there. I'll be at Atlantic Station in Atlanta with my VERY patient wife, ready to sit down with a drink that's too big, a bucket of popcorn that I should be ashamed of and I'm gonna soak in every second of this greatness. As always, too sweet me if you see me.

Til All Are One.