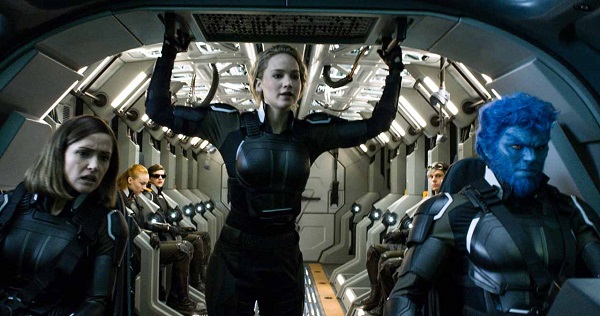 So I think this is probably one of the better trailers that Fox has put together for ANY of its X-Men movies. That said, I'm still barely interested in seeing it. Let me be clear that I don't think it will be bad. I just don't expect it to be a movie that I, an X-Men comic fan, will enjoy. I believe those that love these X-Men movies will find more of the same here and will be satisfied. As I noted in the first trailer,visually, this film seems to part from some of Singer's hesitation to go a little bit more out of the box with the visual effects.  That's a definite step up and a good look for this movie.

But we've seen this movie before from the X-Men. Any other franchise couldn't get away with this. This is the same plot structure of X2:

It's the same movie structure. But this one makes even less sense. Bringing back Mystique and having her leading the team makes no sense, not from a comic book standpoint but more importantly, not from a movie standpoint. Mystique went her separate ways. She was about being "Mutant and Proud". It actually would have made more sense to have her joining Apocalypse than Psylocke or Storm, just from the way the Fox cinematic X-Men universe has been put together. Uniting Magento and Mystique again with Apocalypse and having them square off against Xavier and his new team makes more story sense to me. But...this is also why I just know these films aren't for me.

Oh and "SURPRISE!!!" Wolverine is in it. Not that anyone is really surprised. Fox overuses Wolverine for the X-Men movies like DC overuses Batman. Of course Logan is in this movie. Of course.