‘Words On Bathroom Walls’ Is A Fresh Take on Mental Health 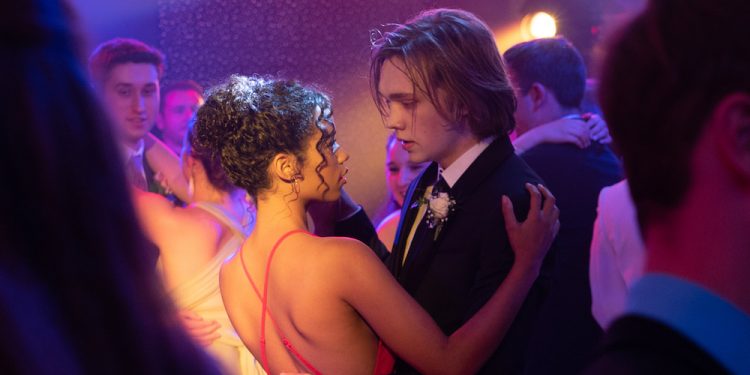 It's weird to watch a film about someone who is going through a mental break and think "this is an awesome depiction of mental health issues" but that is exactly what Words on Bathroom Walls shows us. Words on Bathroom Walls follows Adam (Charlie Plummer), a quick-witted, low-key teenager who aspires to be a chef until his plans are derailed by a schizophrenia diagnosis. After a psychotic episode at school, Adam is expelled and re-enrolls in a private school, as well as an experimental drug trial, which seems to put his life on the right track ... until it doesn't. 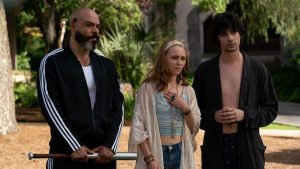 Often in media, schizophrenia is depicted through the main character hearing voices or seeing shadows. Here, the film takes an interesting approach to illustrate Adam's mental illness. Each of the "voices" in Adam's head is a distinct character; a free-loving, hippie (AnnaSophia Robb),  a head-bashing, protector (Lobo Sebastian), and a sleazy, sex-obsessed degenerate (Devon Bostick). The one personality we never meet is an ever-present voice of doubt and destruction referred to only as The Darkness. The film also creates beautiful visual tension in the scenes where The Darkness threatens to overtake Adam and this is heightened as Adam struggles to keep his diagnosis a secret at his new school 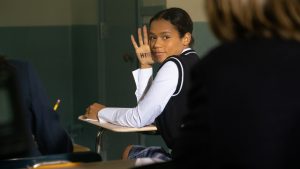 Once he transfers, Adam meets Maya, played by rising star Taylor Russell (Waves, Lost In Space). Russell continues to shine in every role. She plays Maya with a combination of strength and vulnerability that elevates the character beyond love interest. As Adam and Maya reveal themselves to each other, they each begin a process of healing. Neither of them wants to be defined by the secrets they are hiding from each other but they can't truly connect until they expose the parts of themselves they've fought so hard to hide.

Words on Bathroom Walls is an irreverent film that handles mental illness insightfully and with care. Though it is not without its dramatic, teen movie moments, the acting and honesty of the characters shine through. The supporting cast of adults is rounded out with heavy-hitters (Andy Garcia, Walton Goggins, Molly Parker) and each of them grounds Adam's story so that it feels serious, and not cheesy. In addition to the stellar supporting cast, Words on Bathroom Walls is the film scoring debut of Grammy Award-winning duo The Chainsmokers.