Wonder Woman 1984 is a Complete and Utter Mess 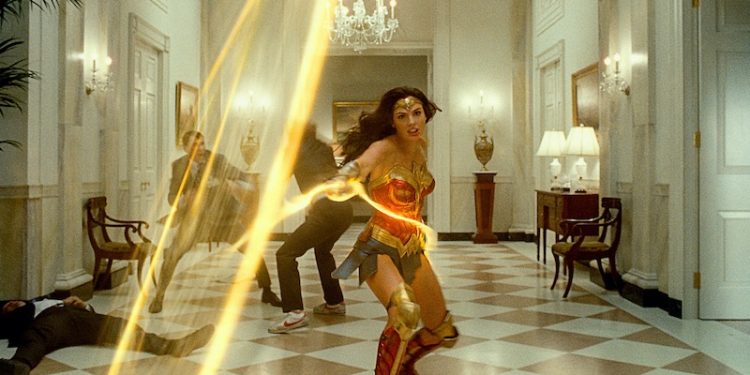 2017’s Wonder Woman felt like a game changer for WB’s DCEU. After several misfires with Batman v Superman and Suicide Squad, it felt like maybe, just maybe, the DCEU was getting back on track. The film wasn’t perfect (by any means) but Patty Jenkins was able to bring the icon that is Diana Prince to the big screen. To this day the No Man's Land scene is still talked about and the way that Gal Gadot embraced the role solidified her as Wonder Woman. That’s what makes Wonder Woman 1984 such a disappointment. It’s hard to understand how we went from an extremely competent first solo outing to a convoluted mess that looks like it has unfinished special effects, lackluster fight scenes, underused performances from Pedro Pascal and Kristen Wig and most importantly, a script that should be an embarrassment to all those involved. And don't get me started on how this film is set in 1984 and yet doesn't have a memorable soundtrack. How is that even possible?

Where to begin? Let’s start with how this film looks. WW84 reportedly had a budget of $200 million and I’ve been spending the last 24 hours trying to figure out where it was spent. There’s an awkward looking scene in the trailers (one of the first clips ever released) of Wonder Woman running where you can clearly tell they put Gadot on a treadmill then edited the background to look like she’s running in the streets. It looks very weird but we all thought it would be fixed. It wasn’t. Not only was it not, but scenes like that are throughout the entire movie. In the first 20 minutes of the film there’s a scene where Wonder Woman is stopping some criminals in a mall. The scene is shot so awkwardly and poorly, I thought they were doing it on purpose to suggest that it was really a cheesy, 80’s movie someone was shooting. What's worse is EVER big action set piece is like this. It feels like you're not watching a 2020 blockbuster but a 1980's film on VHS.

What’s frustrating is that, we’ve seen so much better from the DCEU. The fight scenes in Birds of Prey from earlier this year are so much better than WW84. The special effects and CGI of Aquaman blow this film away. If you go all the way back to 2013’s Man of Steel, we’ve seen a female super-powered character use speed in fights and it look amazing. Yet in this film, watching characters run and fight gives you the feel of watching a 70’s Superman film. The movie looks so bad at times you may pause it and then start messing with your TV's settings thinking it's something on your end. It's not. The film just looks bad.

Like it’s predecessor, WW84 doesn’t do the film’s antagonists any justice which is a shame considering Kristen Wiig as Barbara Minerva and Pedro Pascal as Maxwell Lord are actually pretty good. If you’re looking for the comic book versions of these characters you’l be disappointed but at this point in the DCEU, it’s to be expected. Where this film fails is that it doesn’t give them enough time to shine (because it’s too busy focusing on a love story between Diana & Steve) and then completely removes all of the stakes by the end of the film. There may have been some worry about how Wiig would pull off this role and I can happily report that those worries were unfounded. She does an excellent job in the role and honesty should have been the main antagonist of the film and really leaned on the bond then eventually conflict between Diana and Barbara. Unfortunately that doesn’t happen because WW84 seems to have forgotten one of the biggest appeals of the first film: Men aren’t necessary for this story. Both Diana and Barbara are inexplicably tied to male characters that could have easily been cut out of the film. Pascal’s performance is good but the audience also isn’t given the motivations behind the character to actual care about him until nearly the very end. Chris Pine’s Steve Trevor was completely unnecessary and felt like a reaction to the fact that Pine & Gadot had such great chemistry in the first film that they needed a way to continue that (showing that the long term planning in the DCEU is non-existent or they wouldn’t have set the first film during WWI and then killed off Trevor). It’s hard to connect with the Diana/Steve story because it would mean believing that Diana fell in love with the first man she ever met then when he died, felt emotionally crippled by that for 60+ years. Basically the iconic character known for being independent and not emotionally compromised by men, is completely emotional compromised by her dead boyfriend from 60 years ago. They could have even played on Diana being bisexual and the clear chemistry between Wiig and Gadot but didn’t even touch that (instead opting for Barbara to be emotionally tied to a man in Maxwell Lord). It’s quite honestly, pathetic.

This all culminates with a script that feels incomplete. There are several times in this film where a character is able to do something and it’s clearly because they needed it for the scene but there’s no set up for it. It’s not a spoiler because it’s in the trailer but, Diana’s ability to use her lasso to “ride” lightning is never explained. One could say “it’s a comic book movie, they don’t need to” except the film makes a point of saying at several times it impossible for her to fly or do those things. DCEU fans love to point out the attention to details and “logic” behind some of the decisions made for characters, yet WW84 is surprisingly light on details. And that’s extremely frustrating for a film that is 2 hours and 30 minutes long.

I’m still not sure how we got here. This is such a far departure from what we saw in the first film and doesn’t come close to the end products of Shazam or Birds of Prey. Part of me feels like some of this has to involve Jenkins’ fight to be paid what she’s worth from Warner Brothers. They paid her a laughable amount for the first film and tried to continue that disrespect with the second. Her fight went public and it seems that they corrected it but I can’t help but feel that the problems with WW84 are some kind of backroom attempt to put her in her place. If it sounds a bit conspiracy theory heavy its because I’m grasping at straws here wondering how this film strayed so far. Birds of Prey is an INFINITELY better film than WW84. From the way it looks, the fight choreography, the humor, the coherency of the script, etc, Birds of Prey deserves a second look if WW84 is what happens when $200 million is thrown carelessly at a film.

Right now we have a non-spoiler audio review up on the Movie Trailer Reviews podcast where you can hear Kriss, Ro and Brandon go into more (spoiler-free) details about Wonder Woman 1984. Then check back at this page on Sunday (Dec 27th) for our in-depth spoiler review that we'll post.