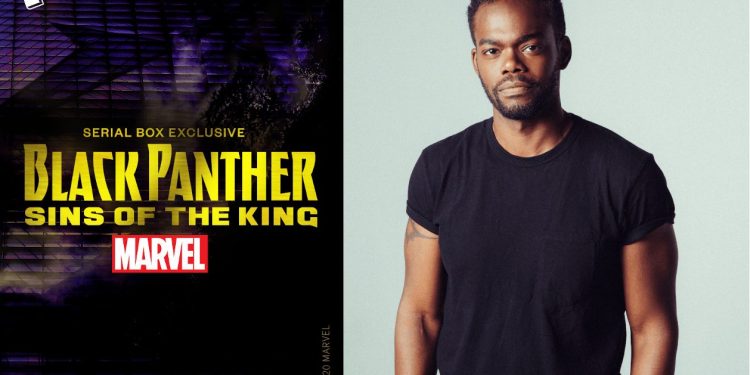 Emmy-nominated actor William Jackson Harper (The Good Place, Midsommar) is on board to narrate the next Marvel story featuring Black Panther on Serial Box  a premium reading and audio entertainment platform.

Marvel’s Black Panther: Sins of the King launches exclusively on the Serial Box in January 2021. If this is your first time hearing about Serial Box,  the app's available on Google Play, Apple’s App Store, and the Serial Box website. It offers growing variety of original stories from well know IP properties like Orphan Black, Black Widow, and Doctor Who.

When Serial Box made the announcement, the Emmy-nominated star shared, “I’ve long been a fan of sci-fi, but there’s always been a dearth of Black characters in those worlds, especially when brought to the screen.  I remember seeing Black Panther in the theater and just being giddy about how many kids like me will have this be one of their first and formative sci-fi experiences, and how open they will be to seeing all kinds of people inhabiting these worlds as they grow older, which is why I am thrilled to be a part of this project,” 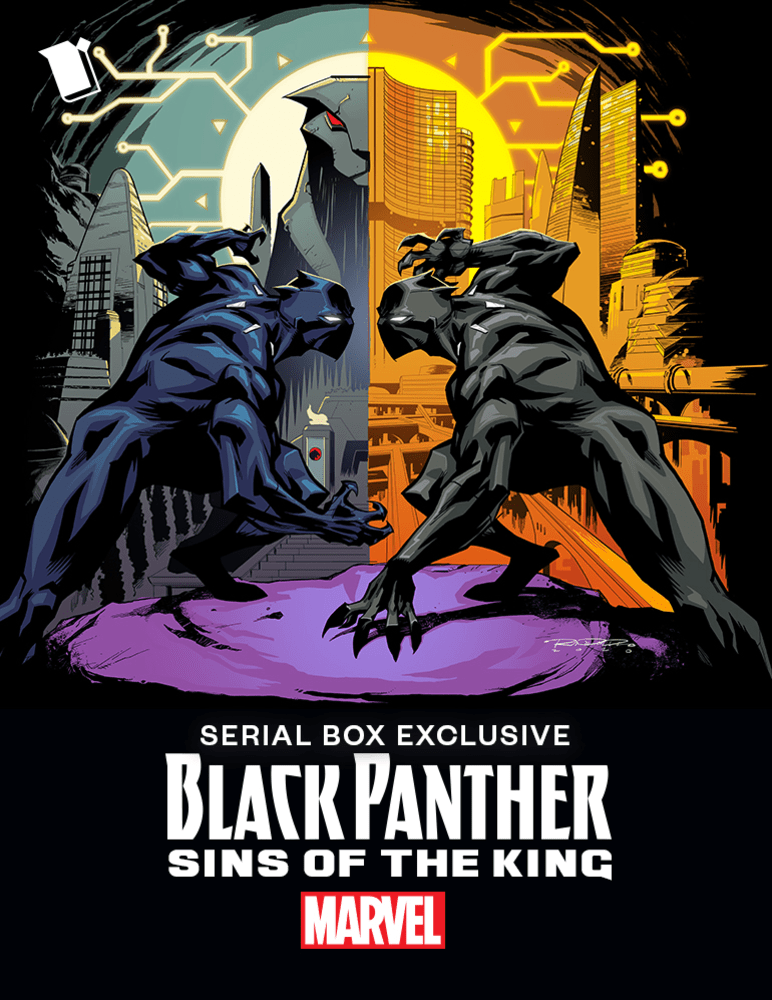 In Marvel’s Black Panther: Sins of the King, T’Challa’s rule is threatened by an unexpected source: his father’s unintended resurrection.

An adventure thriller rife with political intrigue, the story pits Black Panther against mistakes of the past and dark forces intent to take vengeance on Wakanda.

The story will see the return of Okoye, Shuri, and cameos from Marvel favorites like Misty Knight and War Machine. Fans will also be introduced to never-before-seen characters and a new villain with the ability to resurrect the dead.

Marvel’s Black Panther: Sins of the King will arrive in January 2021.

Episode One is entitled “The Omen,” and you can read a sample now on the Serial Box website.

The Team Behind the Sins of the King

“Sci-fi and fantasy have long explored the relationship between sons and fathers, but I thought an all-Black writing team would be uniquely equipped to tell a powerful story about Black sons and fathers, one that normally goes untold in the world of super hero stories,” said lead writer Ira Madison III. “It’s such an honor to bring T’Challa to life in a new story for fans of Black Panther, including myself, who never imagined while reading Avengers and Fantastic Four comics as a kid I’d get to come up with stories for the Black Panther himself.”

MarvelMarvel’s Black Panther: Sins of the King will be Serial Box’s fourth installment in its collaboration, with previous series based on Black Widow, Jessica Jones, and Thor. In addition to individual purchases, fans can now get access to all four Marvel series (with over 25 hours of entertainment) through Serial Box’s Marvel Pass program.

Serial Box is making a name for itself by pairing strong storytelling by best-selling authors with high-quality audio, including a soundscape with narration, original music, and sound effects, to create a truly immersive story experience.

Users can choose to read or listen, switching easily between the two and picking up where they left off in either format. First episodes are free to listen or read before paying for access to the rest of the series.  Just be prepared, these stories are addictive.