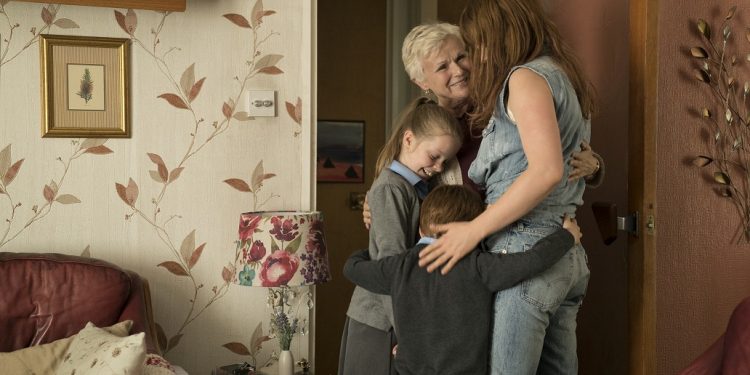 Brandon8.5
Joi8
Ro8
Rose-Lynn Harlan (Jesse Buckley) is a self-centered train-wreck of a woman with outstanding vocal talent but the impulse control and decision-making skills of a honey badger. Jesse Buckley breathes life into what could've been a stilted knock-off with charisma, character, and wild abandon.
8.2

Bradon, Joi, and Ro (not Kriss because we couldn't trick him into watching one more film with singing) got together to discuss indie breakout Wild Rose starring Jesse Buckley, Julie Walters, and Sophie Okoneda. They all agree that Rose-Lynn Harlan (Jesse Buckley) is self-centered, train-wreck of a woman with outstanding vocal talent but the impulse control and decision-making skills of a honey badger.

Synopsis: Fresh out of prison Rose-Lynn's focused on picking up her country music dreams and going to Nashville. But Rose-Lynn lives in Glasgow with her mother (Julie Walters) and two young children. She has no money and no real game plan.  With no other choice, Rose-Lynn takes a job as a housecleaner to support herself and her kids. After bonding with her wealthy employer Susannah (Sophie Okoneda) Rose-Lynn sees a way to make her dreams come true regardless of the cost to her own family.

Brandon, Joi, and Ro all think Wild Rose is a unique way of approaching a coming-of-age story that manages to avoid many of the stereotypical pitfalls usually inherent in such stories. If there must be movie-musical coming-of-age stories let them all remember to build complex, complicated stories so the movie is more than its soundtrack.

They all agree that Wild Rose is about growing up, catching a clue, valuing your family and learning to be worth the sacrifices people willingly make for you.

The trio also agrees that studios need to stop picking up good films at festivals if they're not going to give the film a wide enough release to find an audience. So the MTR crew reminds listeners to support small projects so unique content keeps finding its way into theaters (hopefully to wide release). Wild Rose isn't a perfect film but its certainly an original enough take on the wannabe singer/songwriter narrative to be worth a watch (unless your Kriss because he's a curmudgeon). 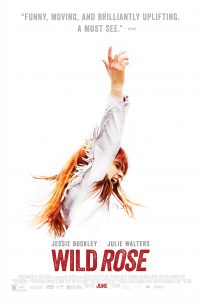