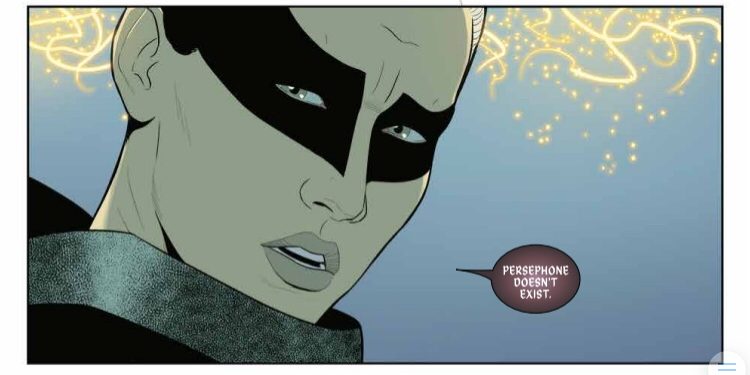 This review was hard to write because issue #38 is full of exposition and also full of small details that are actually big reveals. Also, thank you to the Bay Area WicDiv Support Group because this was an issue I needed to discuss before arranging my thoughts.

Galmpton, Devonshire. 1944. It's about 20 years after the end of the last pantheon and an older Minananke, who goes by the name of Anna White, meets a young Robert Graves. Robert Graves is a English poet and writer whose book The White Goddess, supposes that there is a white goddess of birth, love and death "lies behind the faces of the diverse goddesses of various European and pagan mythologies". Sound familiar? Minananke tells Graves about her life and the pantheon while downing a bottle of liquor and we get interesting snippets like the fact that she doesn't like the dark (a reference to the 90 years of darkness where she went insane waiting for her next regeneration?). And about a decade later, Graves has turned her tales into his own treatise on mother goddesses and religion.

Great Britain. July 2013. Minerva is reborn in a field. She walks to the nearest house and asks to use the phone. And calls Ananke to come get her. She also comments that she likes the telephone. This is a small scene but so much is revealed. If Minerva is reborn in a field (similar to her regeneration after she got the ritual wrong in ancient Egypt) then that means that her reappearance is what kicks off every new cycle. Also, she seems to retain her memories based on her remark about the phone. The fact that she retains her memories would imply that rather than wooing Minerva into being her accomplice and then "stealing" her body, Minerva and Ananke work together and then Ananke dies and Minerva ages until her younger form is regenerated. I have no idea what that means, but that seems to be what's happening.

March 2015. Minerva has everyone running around doing her bidding. Woden has trapped Cass and the other Norns and is putting out a viral hit piece to keep attention on her as the bad guy. He also gets her to divine where the other heads are but when he finds them with their mouths sewn shut, he lets Minerva convince him that it must be for a good reason (I rolled my eyes so hard at that).

Baphomet and Persephone/Laura are mourning the Morrigan and she tells him she's pregnant before running off to possibly dismantle her godhood. Then Baal also tells Minerva that Persephone is pregnant and when she tries to get Cass to divine where Persephone is, she can't find her and says that Persephone doesn't exist.  Again, I don't know what this all means but it happened. Follow me into the Underground. 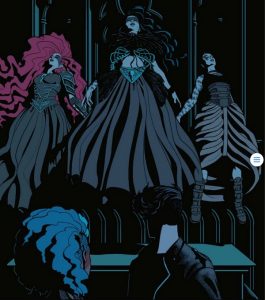 And check out my ridiculous napkin notes from the support group meeting: 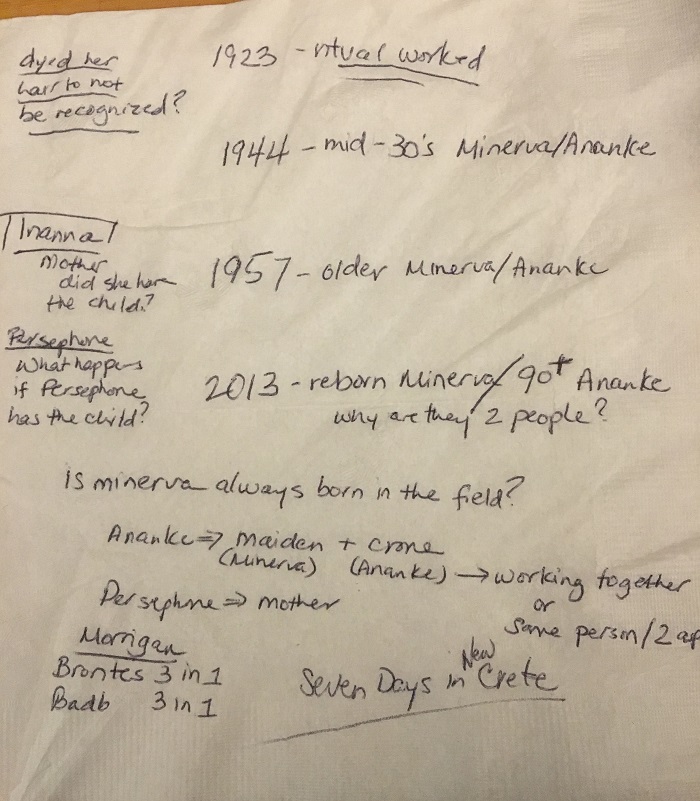