Wicked + Divine #35: Once More We Return 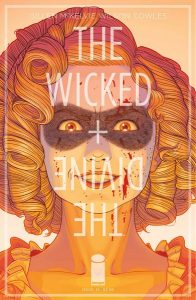 I'm assuming that anyone reading these reviews isn't new to the world of WicDiv so my pseudo-cryptic titles should make perfect sense to you.

At its core, WicDiv is a comic about cycles. Cycles that, once set in motion, are doomed to repeat themselves and end tragically. We are coming to the end of a cycle that Persephone and Baal and Cassandra thought they were breaking but instead they appear to be in the same place as their predecessors. So it's fitting that we open with 1923 again. 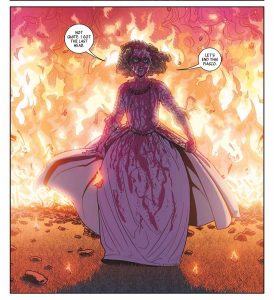 Mini seems to be at the heart of these machinations. Whether you believe Ananke has takenover her body or not (I do), 1923 Minerva is also a cold-blooded manipulator and an accomplice (ringleader?) to Ananke's plans.

Present-day Minerva is just as wily. Woden is on to her and she uses her faux naivete to convince him that she was working with Ananke because the crone told her she could help her live longer. Woden (in a bone-headed move that surprises no one) believes her.

I'm Not Afraid of Who I Am 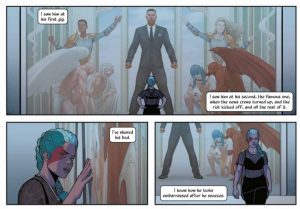 Meanwhile, Cassandra and Persephone/Laura are suspicious of Minerva but also find themselves falling for her tricks when she convinces Laura to look for a room Baal is hiding from the Pantheon. Then Minerva "innocently" sends Baal after Persephone by mentioning that she got a "weird text" about a "secret room". I would be angrier at Minerva pitting the former couple against each other but it gave us this panel so I'm not too mad. 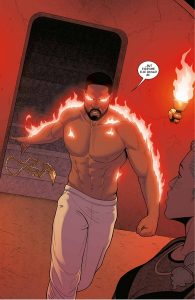 Shout-out to Jamie McKelvie for the meticulous ab work. 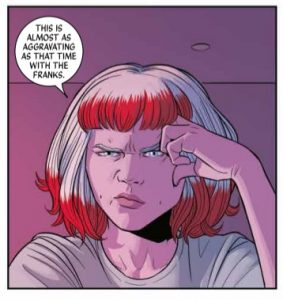 Adieu until next time. 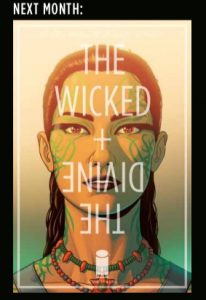