Where’s My Roy Cohn? Shows How Diabolical And Manipulative the Man Who Taught Trump Was 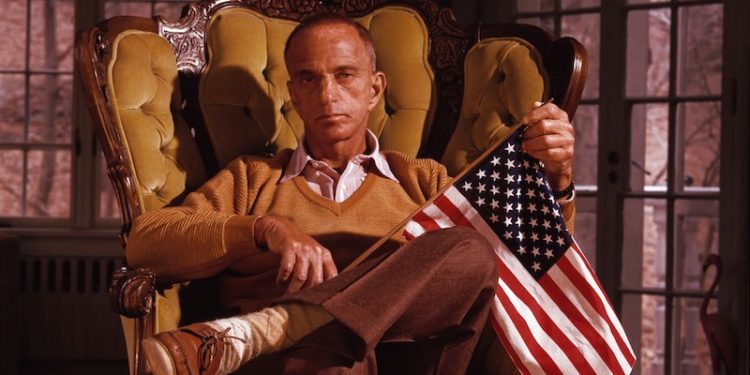 Kriss7
Ro7.5
On the plus side, this film doesn't mince words or feelings about how terrible Roy Cohn was and how much damage he caused. It also doesn't get distracted by the elephant in the room (Trump). However, it does feel a bit hallow at times and doesn't dig as much as a true investigative documentary would
7.3

By the time audiences finish watching Where’s My Roy Cohn? there will be no doubt in their minds that Roy Cohn was a manipulative, hypocritical and diabolical man and the world is worse off because he existed. Director Matt Tyrnauer made sure that his documentary on the lawyer who seemed to willingly orbit the worse aspect of American society didn’t soften who Roy Cohn was.

There are times when this documentary does feel a bit hallow. Part of that hollowness comes from victims of Roy Cohn’s greed and quest for power still fear retaliation even if Cohn is no longer here. And that’s understandable. However there are parts where this documentary could have pushed a bit more than it did. A little more investigative journalism to dig further into who was affected by Roy Cohn’s actions would have done a lot to really expose what harm he caused. I would have also liked to see more examination of those that I could only describe as accomplices to Cohn’s evil deeds. Roger Stone is interviewed a few times in this documentary and, for lack of better words, doesn’t appear to be an insane troll of a human being. Knowing what we know of Stone (This is a man with a Richard Nixon back tattoo and has done everything possible to appear as a cartoon villain in public), it’s hard to believe that he didn’t learn some of his worse human traits from Cohn. And Barbara Walters really does need to answer for being a character witness for someone who has no character. That said, I do appreciate this documentary for not turning into a Cohn-Trump documentary. Cohn clearly influenced Trump but Tyrnauer doesn’t keep the focus there but rather shows that Trump was just one of many apprentices to the emperor.

Despite the flaws, this documentary will elicit feelings of anger, dread and disgust in the audience as they’re exposed to just how depraved Cohn could be. And in the end, that’s what the end goal for any documentary: expose the audience to information and then keep them engaged because of the emotion that information gives them. In that aspect, Where’s My Roy Cohn? succeeds. But with a few more tweaks and a little bit more depth, it could have gone far beyond that.

If you want to know more about this film, listen as Kriss and Ro talk more about the documentary and what stood out to them both from a film perspective and how the fact that men like Roy Cohn seem to use their talents for evil.