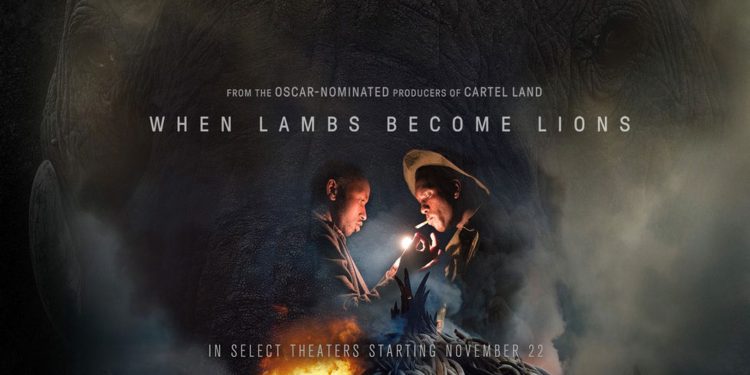 In Director Jon Kasbe's objectively poignant behind-the-scenes look at ivory poaching in Kenya, the question asked of the audience is what would you do, if forced, to survive? Typically, any discussion revolving around the extinction of wildlife through their exploits is a "Nope, Not Okay" affair. Animals have feelings. Elephants have been known to mourn each other in death and can even cry. THEY CAN CRY. Any animal that can shed a tear ironically needs a gathering of human support by one nation, under PETA... to protect them from God's most diabolical species, cats!  I mean Man.

But what if the choice is feed your family or save an animal? What happens when more efforts are put into preserving wildlife over human life? In the Game of Poaching "When Lambs Become Lions" focuses attention on the real players, the rangers and the poachers, of the ivory trade world burdened with extenuating circumstances, moral ambiguity, the black market, and a search for pride.

Without too much backstory, the camera aimlessly follows "X" with a cellphone glued to the side of his face making promises. They sound like the type of promises better left kept given the alternative. He always has a cig but you never see him beating the pack. His clothes look imported and important. It doesn't take much to learn the only things about him anyone should trust are his eyes. They are cold but honest. Poaching isn't the sport for him. He's not about killing elephants because it's morally messy, yet proudly admits he's got a guy for that named Lukas.

The real sport for him is in moving the product across itchy palms, building trust, and having respeckt put on his name. The coolest part of playing the villain is convincing the world you're not with tongue in cheek. Ultimately, elephants mean money and X gotta eat. 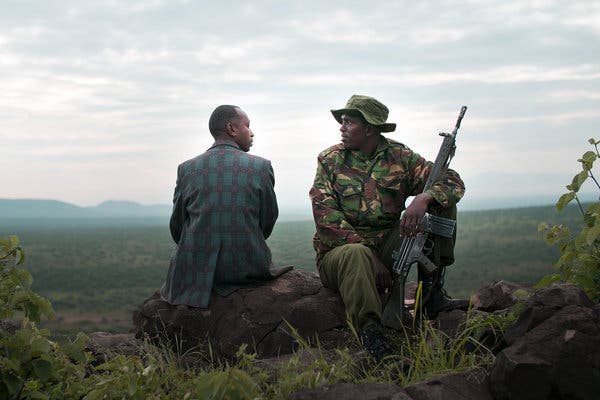 Working through his many frustrations, Asan starts to lash out and take risks that could jeopardize his life. He's blinded by X's careless ego which has committed X to deliverables he can't produce.  It's your basic the-grass-isnt-always-greener situation.  So, when having a hard head makes for a soft ass both end up at a crossroads.

It's depressing. It's enduring. It's eye opening. It wants discussion about people deserving to be valued at more than our own ideas of their discernible worth.