What If…? S1E6 Review – What If the Avengers Went Out for Brains Instead of Shawarma 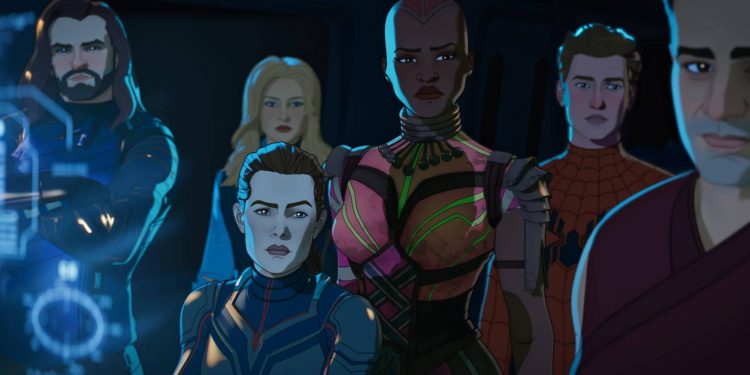 They finally did it. Marvel brought us the Marvel Zombies into the MCU. Now would be a good time to bring up the fact that Marvel Zombies were part of Hickman's Secret Wars event that we have a suspicious feeling Feige and crew might eventually pull from. Seriously if they give us Marvel Zombies in live action I just quiet everything.

While this episode seems pretty straight forward, there are a few things that stand out to us about this episode. First, this is yet again another episode that is pretty dark and brutal. A LOT of people die in this episode. Brutally. Okoye splits zombie Falcon in half. Hope literally explodes out of zombie Sharon. Then this is the second What If episode that shows us how dangerous Hank Pym's grief can be. Third, Vision and Scarlet Witch and their love for each other is a problem (but we've seen that already).

Honestly this is just another great episode. This is what Zack Snyder THINKS he's doing when he tries to deconstruct characters. But what makes this work is that the core of the characters never change. Particularly what they do with Peter in this episode. His continued hope and optimism in the face of so much tragedy is really what defines Spider-Man and its front and center this episode.