Welcome to The Blumhouse 2021 Films: This Ain’t It 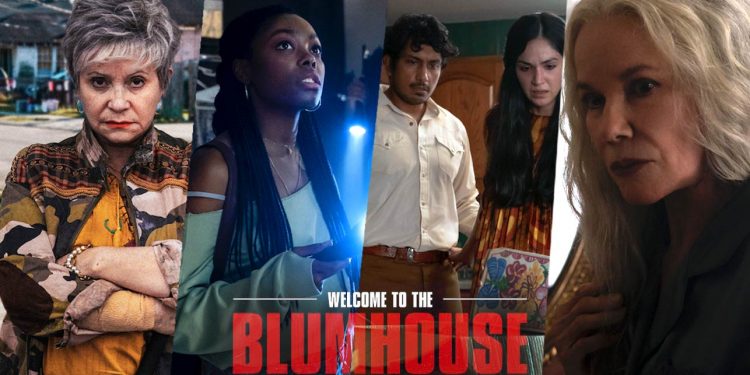 Last year's Welcome to the Blumhouse films (Evil Eye, The Lie, Black Box and Nocturne) were flawed but enjoyable and welcomed films. While we did have some issues with some of the films, overall they were very enjoyable. We also were left wanting to see more from each of the directors that were part of those films. So when another four films under the Welcome to the Blumhouse name hit Amazon Prime, we were all in. Sadly, these films don't live up to expectations.

Black as Night and Bingo Hell were the first two films released and they really set the tone for the disappointment that follows. Black as Night is all over the place. It's like it wanted to be Attack the Block but didn't understand the assignment. The dialogue is bad. The story is bad. The acting can be bad. It's just all over bad. Bingo Hell isn't that far behind it in the terrible category. You can read full reviews of both films here and here.

While The Manor and Madres are better films, they also have their issues. The Manor works for majority of the film as a run-of-the-mill horror film but throws it all away at the end of the film. Madres is probably the best of the 2021 films and if pregnancy horror is your bag, then it might work.

All four films are on Amazon Prime Video now. Premium members can hear Ro & Kriss talk about what went wrong on the Premium feed or below.