Welcome to the Blumhouse 2021: Black as Night 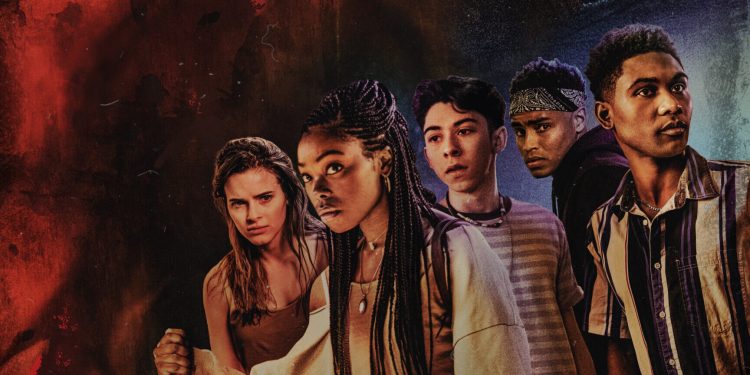 The nicest adjective to to describe the Welcome to the Blumhouse film, Black as Night is dreadful. That is the absolute nicest, most subdued thing to say about this travesty of a film. Nothing about the 87 minutes of this film feels enjoyable or rewarding. What's worse, it feels like a knockoff of other, better films. Black As Night is like someone tried to copy Attack the Block’s homework but didn’t put their glasses on.

Everything about this film feels surface level. It throws in so many things yet pays off on none of them. The film tries to cram drug addiction, gentrification, Katrina, colorism and other serious issues while cloaking it in blackness but none of it has any depth. Black as Night feels like a film about Black people and serious black issues made by people that aren’t Black or don’t fully grasp what they’re talking about. Then they threw in Vampires. Yes, you read that right. Black Vampires that only prey on Black homeless people.

The dialogue is abysmal. This reminds me of the Falcon comic book that came after Nick Spencer’s Captain America run. The dialogue in that book felt forced and over-the-top. At times it felt like it was written by someone who wasn’t black but was trying to be black. However the writers of that book were black. Same issue happens here with Black as Night. Writer Sherman Payne also wrote Charm City Kings and the dialogue was nowhere near this bad. The conversations between the characters feel extremely inauthentic and forced.

Now it could be that the culprit really isn’t the dialogue but rather the direction given on how to deliver the lines. There was a clear decision made to make this film lean more towards humor and being tongue-in-cheek at times. The problem is the dialogue just didn’t fit. You get these really dark and serious moments yet they’re almost immediately followed up with not serious moments. There was room to grow a story about Shawna, played by Ash Cooper, and her drug addicted mother and they didn’t do it. There is repeated mention of Shawna feeling inadequate compared to the Creole girls in her neighborhood and it feels like Phil Swift slapping a flex seal patch on a leaky tank. It’s bad. It’s all bad.