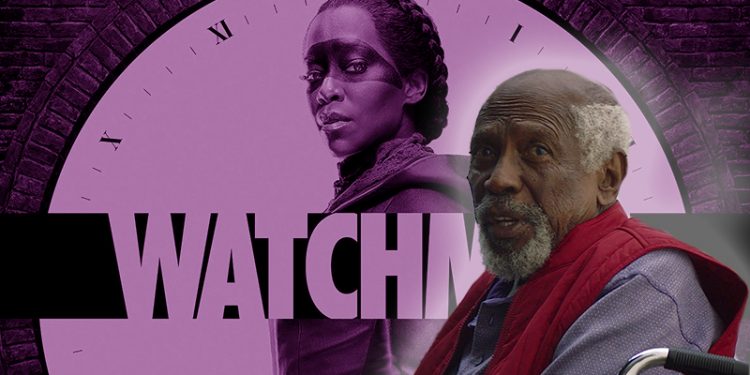 We’re back to review episodes 5 & 6 of HBO’s Watchmen. Kriss, Ro and Dpalm talk about the reveals in these last two episodes that really begin to shine a light on where the show is going. The biggest being the retcon of the origin of Hooded Justice.
Watchmen is pretty groundbreaking. The show has made racism in America and the effects of that a centerpiece of the show. It could have easily used the Black Wallstreet scenes from episode 1 to bring people in then leave digging any further into the trauma of black Americans out of the show. Instead each episode has explored more and more what that trauma means and does. Even in episode 5 as we get Looking Glass’ origin, we also have talk about generational PTSD and how the trauma can be passed along to generation to generation. Then there’s the reveal that Angela’s grandfather is Will Reeves and was Hooded Justice. Watching him kick the ass of racist white cops/KKK members was a thing of beauty. Episode 6 is one of the most satisfying hours of television we’ve seen in a while.
Listen as we discuss these latest 2 episodes and what we loved so much about them and the show as a whole.