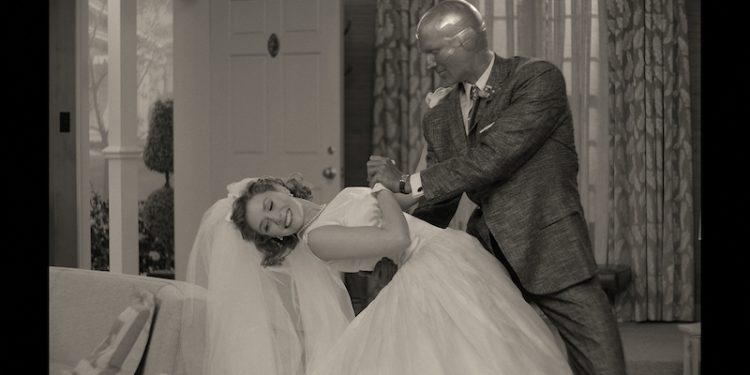 2021 unfortunately has already started off on the same bullshit that 2020 was on. Thankfully, 2021 has something 2020 didn't have: New MCU content. And first up is the first Disney+ original content from Marvel Studios: WandaVision.

First off, with no Marvel Studios film or TV series coming out in 2020, marking the first time 12 years we haven’t seen the MCU fanfare, I gotta say, getting that MCU fanfare was more welcomed than I would have thought. There's just something about it that lets you know you're in for a ride. But what about the actual show itself? Well... 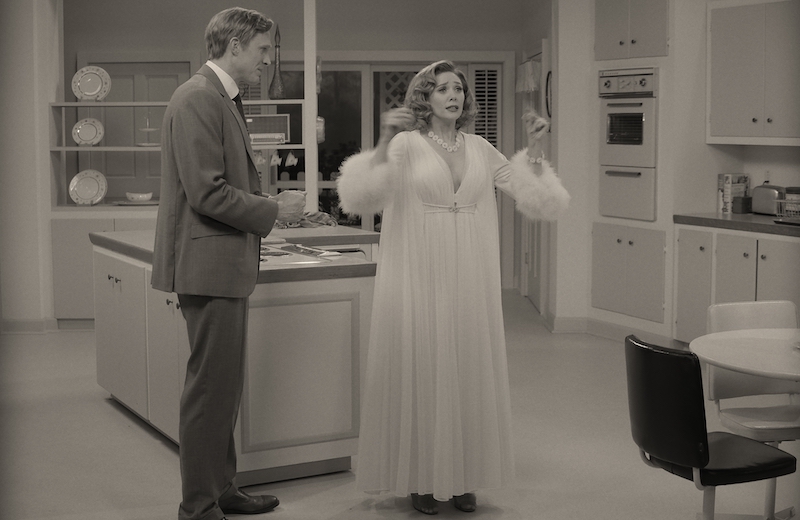 Marvel Studios is perfectly comfortable going weird with WandaVision. The majority of these first three episodes feel like homages to I Love Lucy, Bewitched, The Brady Bunch and all of those sitcoms from the 50’s, 60’s and 70’s. The show jumps right in with Wanda & Vision settling down in their new home in Westview, a generic town that feels like all those "normal" towns from sitcoms you grew up with. The couple is trying to settle in as a loving, normal (as they an be) couple that are hiding their abilities but still trying to fit in. But  we don’t know how they got here and we quickly realize that they don’t either. The hints that none of this is real creep in through subtle ways at first. Characters that stare too long, sudden moments of confusion, objects that appear out of place and some times even completely rewinding scenes. There’s always a something that feels off. So while you laugh at the silly hijinks, from Vision trying to impress his boss at dinner to the couple trying to pull off a talent show for their new neighbors, that laughter becomes a nervous laugh then more serious concern as you start to question the reality around them. Then the real fear starts to sit in. Has someone trapped Vision and Wanda in a 1960's sitcom? Or has Wanda completely lost it and has formed her own reality? If you're fans of the comics then you know which one is scarier and more tragic. And let's just say, nothing good can come from Wanda and twins. 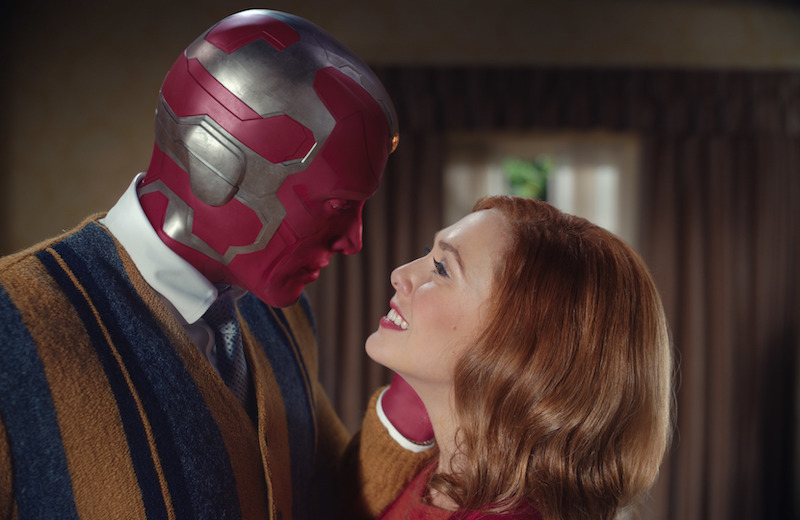 You can tell that Paul Bettany and Elizabeth Olsen had a blast filming this show. It's so different from their Avengers characters but it works. The two have great chemistry together and they're both great actors. I mean seriously, who wouldn't want to see Scarlet Witch trying to cook a 5 course meal with her unpredictable powers while Vision tries to entertain his boss & his boss' wife by singing Old McDonald? Teyonah Parris and Kathryn Hahn also help round out the cast. Hahn is really hilarious in her role as Agnes and unless you're living under a rock, everyone should know who Parris is playing and I'm really excited to see where they go with her character in this series and then beyond. Eagle-eyed Marvel fans will instantly pick up on a certain logo and let's just say...Make Mine Marvel...LET's GO!!!!

Episode 3 is when things really start to pick up.  It's also when you start realizing that maybe this isn't a sitcom but the start of a horror story. Knowing that this show ties into the next Doctor Strange film (Doctor Strange and the Multiverse of Madness huh? I see you Marvel), just makes me even more intrigued by what comes next.

WandaVision will be joining the stable of TV show review we do on the Super Tuesday Recap podcast. Our first review/discussion will be out Sunday (17th). For those that want more Scarlet Witch and Vision, we'll also be recording the first Character Corner of 2021 on the 16th and going over the comic history of both characters. So stay tuned.

The first 2 episodes of WandaVision will premiere on Disney+ on Friday, January 15.

Episode 3 will debut on Friday, January 22.