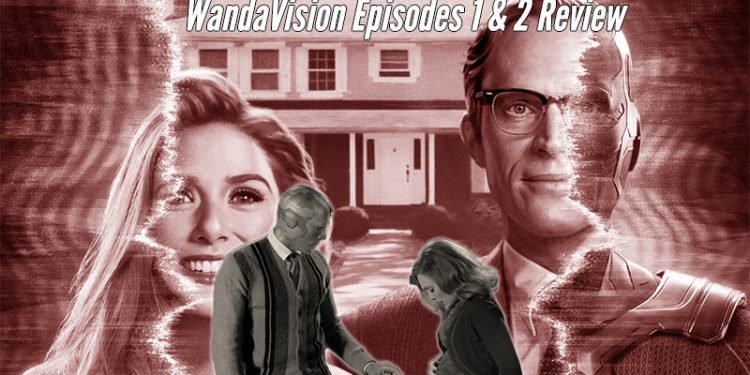 The first series from Marvel Studios on Disney+ is here and of course we have to add it to the Super Tuesday Recap rotation. WandaVision is different and weird (and scary if you know where they could possibly be going). The first two episodes dropped on Friday and honestly, they generate more questions than answers. On the surface the show has some really great homages to sitcoms from the 50's, 60's & 70's. Elizabeth Olsen and Paul Bettany seem to be having a blast with it. But just under the surface there are references and reveals that could have big impacts on the MCU. First of all, we've got ourselves a new agency (officially) to deal with. The S.W.O.R.D. (the Sentient Weapons Observation Response Department) is clearly playing a role in series. Also there are some interesting characters that pop up in some of the references (Go rewatch the animated opening to episode 2 again). Then there's just some of the things that we've all kinda forgotten. Like all of the trauma that Wanda has gone through since Age of Ultron. The fact that both Wanda and Vision are directly tied to the Mind Stone. Funny thing is, while we know she's really powerful, we don't really know what Wanda's real powers are. And in the first episode we watch her turn raw chicken into eggs. Then literally create life by making herself pregnant. We should all be very afraid.

Listen as Kriss, Ro and Dpalm talk about these 2 episodes and try to connect some dots and hints that might give clues as to what the show is doing. We have lots of thoughts and honestly, can't wait to see what Feige and crew are really up to.