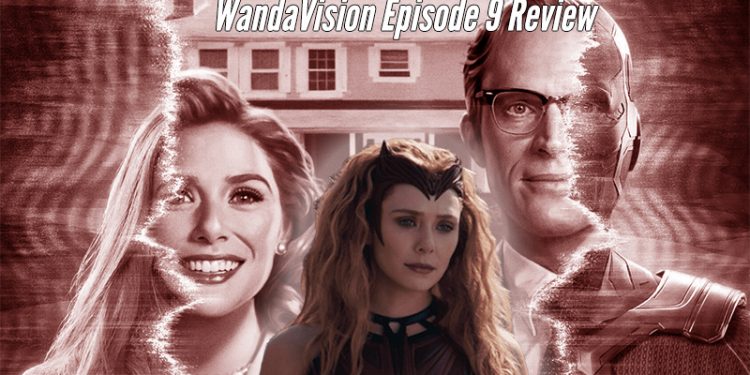 The WandaVision finale is here. The title is "Series Finale" so it's unlikely that we will be seeing a second season but as with all things in the MCU, this feels more like the beginning than the end. Wanda embraces the role as the Scarlet Witch even though she (and us the audience) doesn't know what that means. At least not yet. There's a lot of places the MCU could go now and we're excited for the fallout. And the memes. Cause the Black Twitter Vishawn memes have been *chef kiss*.

It's also worth pointing out how once again Marvel has tackled what could be viewed as a problematic storyline from the comic and flips it to give characters agency. Wanda Maximoff comes from a long list of female characters in comics that was written to be a victim of "too much power". WandaVision instead makes Wanda a victim of her grief that much more grounded and understandable. And the show gives her the power to get out of it instead of leaving it to a man to come and save her. Gotta love how Marvel has made that change. Now the question is, which path does she go down? Good? Bad? Or somewhere in the middle? We'll find out in Doctor Strange 2.

Listen as we talk about this finale, the series as a whole and what's next. Also take the break cause we'll be back for Captain America and the Winter Solider (yeah we said it).