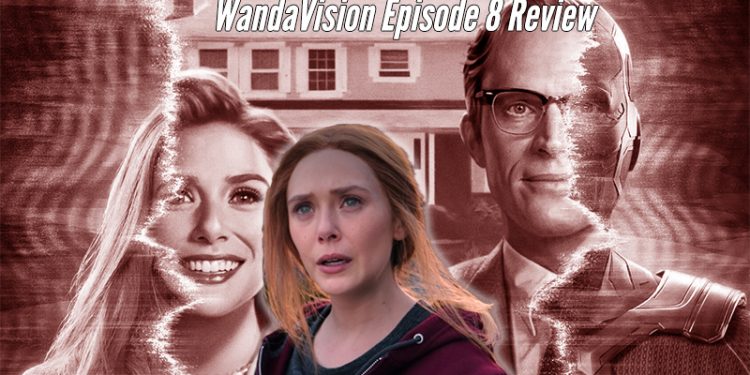 "But what is grief if not love persevering?"

So now the WandaVision writers are just showing off. Of course that's been try this whole series but episode 8 really drives it home (Maybe even too much). If you had any doubt that this show was about Wanda's grief (How could it not be?), this episode really erases all of that. It also really drives home the fact that with its Disney+ shows, Marvel is really trying to meld the way they tell stories in their comic book world with their visual projects. And I'm not talking about the storylines but rather how they tell the stories. This episode takes us all the way back to Age of Ultron when Wanda & Pietro talk about the flashing red light on a Stark munition, waiting for it to go off. It goes back to why Wanda and Pietro survived the Hydra experiments with the mind stone (Not enough people are talking about what we saw there). And it's all tied to chaos magic and the fact that Wanda is an untrained, natural witch with powers she (and no one else) understands.

We have thoughts, theories and most importantly, a deep appreciation for whatever comes next. Honestly, we don't believe some of the most out there and wild theories but at the same time, we also don't put anything past Marvel either. So, we're preparing for anything in episode 9.

To those worried that there's too much to wrap up in the last episode, remember, this is a comic book being told as a TV show. As long as the MCU is around, there is no end to this story, just the next chapter. We're really excited to see where this goes.