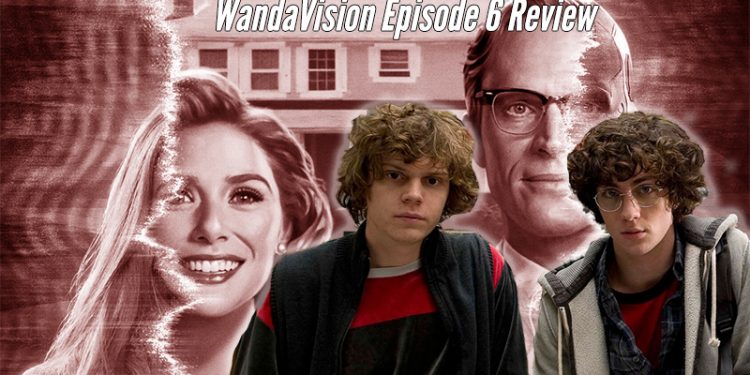 There are only three more episodes of WandaVision left. Allegedly. That's the funny thing about what Marvel has done with this show. Not only is the reality in the show in flux, but they've even made us question our own reality. Is there a secret 10th episode? We have no idea but the fact that we're even questioning it shows how much Marvel has us wrapped around their finger. That and the fact that all of us are still skimming through the end credits just in case they decided to throw something in. And we haven't even gotten into the actual show itself.

This episode continues the tradition of answering a few questions while also causing more of them. Yes we know Wanda has created this reality and is in control of a lot of it but there's still the question of "How?" The why is pretty much answered. She's created this reality as a way to deal with suppressed trauma. But there's clearly more to it. It' also doesn't explain how she was able to bring Pietro back and why he looks different. Vision clearly doesn't remember his life before being in brought back. He doesn't know what an Avenger is or being part of that team. However, Pietro does remember part of his life before. Pietro actually seems way more aware of what Wanda is doing and pretty much approves of it. That adds to some questions as to the motivates behind Pietro's appearance.

We're real interested in seeing what Darcy discovered about what Hayward was up to. She was able to email it to Agent Woo before Wanda expanded Westview so we should be able to finally learn what the Director was up to. He's clearly pushing an agenda here and its clear whatever he did directly led to Wanda's reaction.