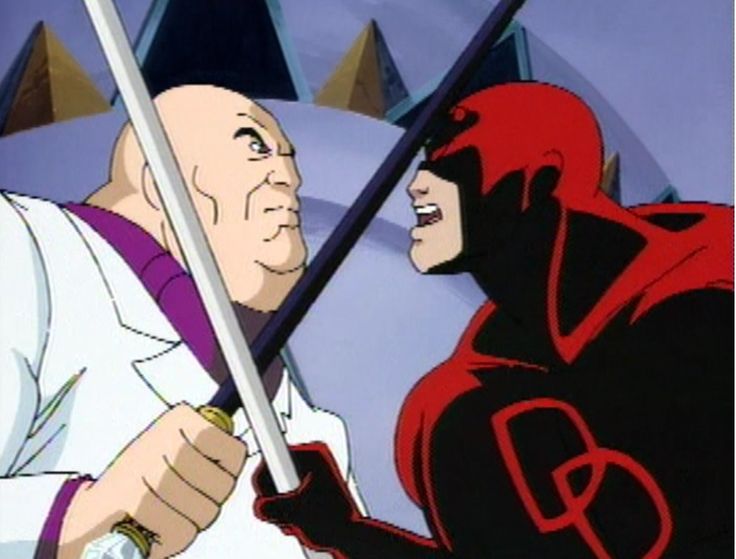 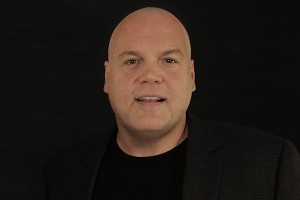 Marvel's 'Daredevil' Netflix show is shooting right now set for release some time next year. We've gotten a few images here and there but this is our first look at Vincent D'Onofrio since it was announced that he would play the villain, The Kingpin. I think he's an excellent choice for the role because he has the look and he's a very solid actor. ScreenCrush also interviewed D'Onofrio and here are some excerpts:

Everybody I talk to who has been involved in a Marvel project describes [the experience] almost as their childhood fantasy come to life.

Yeah. I mean, it’s kinda cool. The thing about Marvel is that they’re not – they’re into real acting. They’re looking for artists that are willing to take chances and are willing to create characters, even if that character has been around for years and years in comic books, they still are depending on us to create something and take it somewhere else.

Robert Downey [Jr.] is the perfect example of that. Who knew that Iron Man was going to be who Robert made him?

And Jon Favreau. I would have never guessed Iron Man was going to be that kind of Tony Stark. Not in a million years, and, you know, that’s because of Jon and especially Robert. So, everybody is following suit with that. Personally, I felt Downey kind of led the way in that, and he’s kind of said to the studios and to the public, “It can work. These Marvel things can work.”

One thing that I did find interesting is that D'Onofrio hinted at there being a larger plan for his character than just in the Daredevil series:

Well, I think they have some kind of plan. I’m not really allowed to discuss what the plan is, but they have a plan. I think the beginning of the plan is series stuff with Netflix, and then they have a bigger plan to branch out, but I wouldn’t be able to tell you specifically what that is.

Interesting.  I definitely think Kingpin can have a great role in not only the street level Marvel Netflix shows but also the overall Marvel Cinematic Universe.  I could also see him popping up in Agents of SHIELD.  That's the great thing about this shared universe, there are so many options.  You can read the whole interview here.