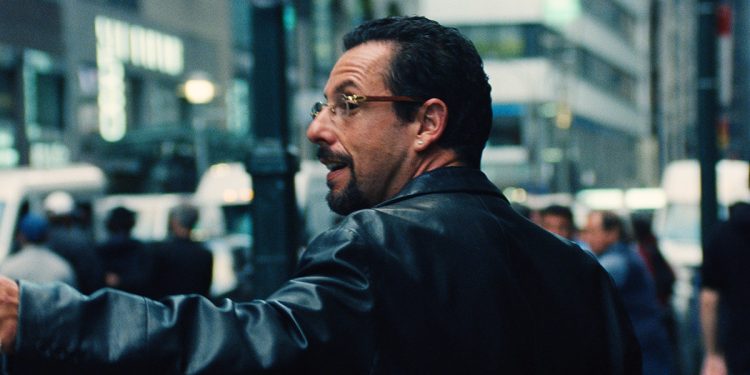 Uncut Gems8.5
Uncut Gems raises the ante in the right ways, without getting close to folding.
8.5

By now, you’ve seen the story countless times in reviews: during the 2019 TIFF premiere of Uncut Gems, someone from the crowd yells “Give An Oscar To The Sandman!” I attended this premiere and can confirm the love for Sandler was palpable. Sandler's less-to-be-desired film projects have made his career record spotty. Thankfully, the Safdie Brothers-directed Uncut Gems serves as a reminder that Sandler - when given the right material - can act with the rest of them.

Set in NYC in 2012, Howard Ratner (Adam Sandler) is a jeweler with a serious gambling problem. Howard invests in an uncut black opal from Ethiopia, with the hopes of auctioning it for a lofty price. Juggling the auction, his crumbling marriage, and debt collectors, Howard faces the biggest bet of his life.

Uncut Gems fits perfectly within the Safdie Brothers universe of high stakes, high-stress films. Like their last lauded film, 2017’s Good Time, they take their time ramping up the drama up until the 3rd act. There’s a switch from “anticipation” to “panic” that makes you hold your breath, hoping for the moment of release. The brothers also pull double-duty, co-writing the script with Good Time collaborator Ronald Bronstein. The screenplay strikes the right balance between realistic - to the era and the New York backdrop - and gritty. The story has direction but you can tell personal touches were encouraged to give the film a raw, lived-in feel.

But no one does this better than the film’s lead. Sandler delivers a great performance as Howard, invoking the calmness but chaos of a gambling addict. A smooth talker, Howard networks his way through bigger stakes, not caring about the consequences. Sandler has shown to be a great actor when in the right vehicles to showcase his talent - examples of those include Noah Baumbach's The Meyerowitz Stories and Judd Apatow’s Funny People. Recent creative projects - in particular, his slew of Netflix films - haven’t highlighted his skill as an artist as they should. But with Uncut Gems, we get Sandler in his prime, giving him the space to flex his acting muscles and remind audiences of what he’s capable of.

Time will tell if an Oscar will go to The Sandman but one thing’s for sure: Uncut Gems makes a case for consideration. It's a real, New York, thrilling story that captures your attention at the onset. And Sandler's performance raises the ante in the right ways, without getting close to folding.

MTR Premium Members can listen to Ro and Kriss give their spoiler review for Uncut Gems below. From now until 12/12, there is a 20% discount on MTR Premium subscriptions. Use the code "MTRBLACKFRIDAY2019".