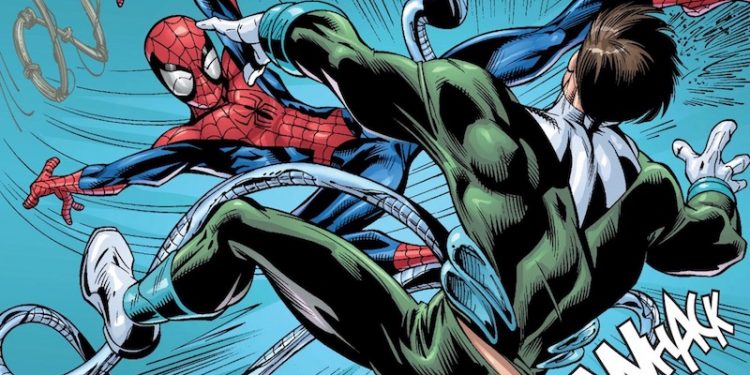 In October 2000, Brian Michael Bendis and Mark Bagley launched Ultimate Spider-Man and it quickly became the the ultimate success story for the ultimate line. Benis and Bagley held the record for the longest continual run on a Marvel comic series by two people. Having one creative team for so long allowed Ultimate Spider-Man to take chances and explore the world of a teenage Peter Parker in ways readers hadn’t experienced before. It takes seven issues to retell Peter’s origins, filling in details that were never explored. But not just that, the entire series rebuilds the legacy of Spider-Man from the ground up. And not just with Peter but the entire cast of villains and supporting characters.
Ultimate Spider-Man is a complete rebooting of Spider-Man, not a retelling. Some elements stay the same (the core of the character) but others change. Those changes might seem drastic at times, but the longer you read the more you realize in ways they’re improvements.
Listen as Kriss & Dpalm discuss the first 10 volumes (Issues 1 - 59) of Ultimate Spider-Man.
Like what you hear? Subscribe so you don't miss an episode!