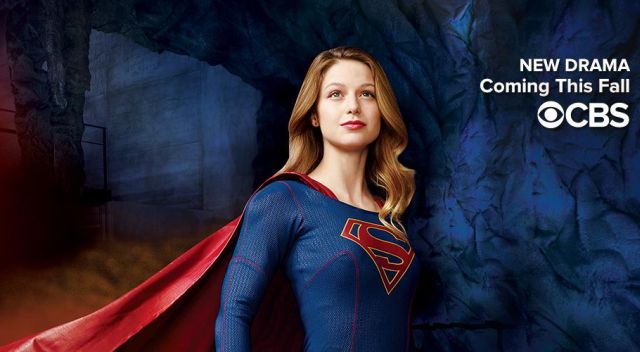 So here is our first look at CBS' Supergirl series which will start in November. First let me say that I think they cut this trailer wrong. I've seen a lot of people say that it looks too "teen" and I think that's because they cut this trailer and buried the parts everyone wants to see. Think about Arrow and The Flash. There are plenty of "teen moments" in those shows but when they do a trailer, they focus on the parts everyone wants to see: The Action. The first promos for The Flash focused on showing us that they were going all out with the special effects. No matter how good your story is, that is what's going to get people's attention. When this Supergirl trailer finally gets to that, it looks fantastic. I get that the story will focus on Kara trying to fit into the world and living in her cousin's shadow but we already knew that. Again, this is coming from the producers of Arrow and The Flash so if CBS let's them do their thing, I think it will actually be a pretty good show.

Which brings me to my next point: Gotham might have a problem. I'm one of the few people who actually really liked Gotham when it started. But the second half of the first season and the way the season finale went, it has me on the fence. Gotham needs to learn from Agents of Shield and realize that it's going to be up against stiff competition and step its game up in season 2.  Problem is, I don't know if it can. Agents of Shield went out on a high note in its first season while Gotham was like dragging a dead dog by a leash across the finish line. And starting in November, Gotham will be going head-to-head with Supergirl on Mondays and I'm gonna be honest, right now, I'm kinda leaning towards Supergirl on what will get watched live and what will get the DVR. There's a lot of potential in the second half of this trailer. They're bringing in the D.E.O. (Department of Extranormal Operations), there's plenty of action and I even like that they throw in a little joke about the super skimpy Supergirl outfits from the comics. Lot of potential here and I'm ready to give it a chance.