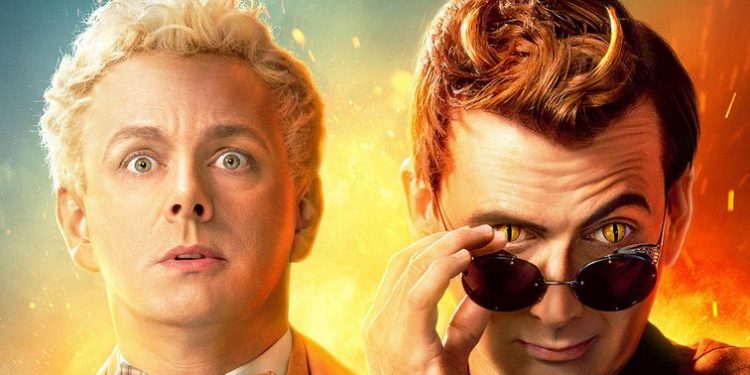 Kriss, Ro & Brandon got early screener access to Amazon's new show, Good Omens, based on the novel by Terry Prachett and Neil Gaimen. This is definitely not a show for everyone because it's weird, quirky and might take some getting used to after the first episodes. But if you come just for the back & forth between Michael Sheen and David Tennant then you'll probably stay for the rest. After a little warming up, you'll probably find a lot to latch onto. Not to mention it's only 6 episodes so if it turns out you didn't like it, you won't have to worry about wasting a lot of time.

The show has angels, demons, the Antichrist, witches and a good sense of humor in not taking anything too seriously. Plus, the show opens up with Adam & Eve (Yes that Adam & Eve) being black so...yeah...off the strength of that alone we were in.

Good Omens premieres on Amazon Prime Video on May 31st.

A tale of the bungling of Armageddon features an angel, a demon, an eleven-year-old Antichrist, and a doom-saying witch.