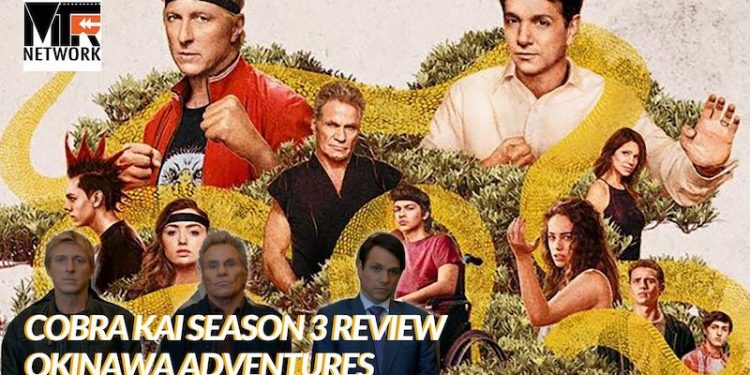 Full disclosure: When Phenom and I sat down to record this review we waxed poetic about how unrealistic it is to have karate gangs roving the streets of the Valley but after the events of January 6th, that doesn't seem like such an unlikely prospect.

Season 3 of Cobra Kai marks the show's official move from YouTube to Netflix and while the show never struggles to deliver on the fun and the laughs, the pacing of this season leaves a lot to be desired. There's a lot for the fans who love the nostalgia of the original films, we just wish the show swapped out some of the nostalgia to focus on the young people who are falling victim (literally and figuratively) to the sin of the previous generation. Even though, Miguel is on the road to recovery, Robbie and Tory continue to slip further from the light under Kreese's manipulations. And while the introduction of Kreese's backstory leads up to the return of a fan favorite, there's no amount of storytelling that can make up for that man's machinations.

Overall, Cobra Kai remains insanely binge-able but we both wished the writers had kept the fast, driving pace the show perfected while on YouTube.

You can watch all 3 seasons of Cobra Kai, streaming now on Netflix.