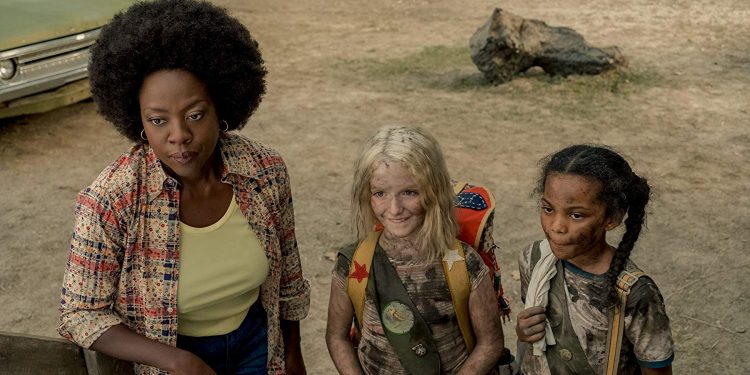 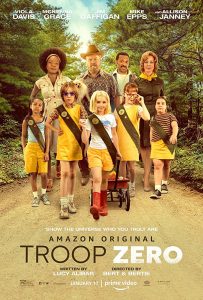 Vada Sultenfuss. Becky "Icebox" O'Shea. Amanda Whurlitzer. I grew up with a lot of fearless, loving young women to look up to. Girls who weren't "pretty" and definitely weren't popular, but they had passion and depth and they were good to their friends. Amazon Studios continues that tradition with its latest release Troop Zero.

Troop Zero's heroine is Christmas Flint (Mckenna Grace), a young woman who lives with her widowed, hillbilly lawyer father (Jim Gaffigan) and has only one friend, her father's secretary, Rayleen (Viola Davis). When  Christmas finds out that the winners of the next Birdie Scout jamboree will have the opportunity to have their voices recorded and sent to space, she sets out to form her own Birdie Scout troop and win the jamboree.

No quirky heroine would be complete without her crew (or her boos as Rayleen calls them). Christmas's troop is a menagerie of outsiders and outcasts; the mechanical whiz Smash (Johanna Colón), the Jesus obsessed, Anne-Claire (Bella Higginbotham), the beauty guru, Joseph (Charlie Shotwell) and bully turned bff, Hell No (Milan Ray). With Rayleen as their troop mom, they go up against Troop Five led by Allison Janney.

The film is a classic underdog tale full of heart. McKenna Grace at only 13-years old has been building an impressive catalog of films and Troop Zero lets her fully take the lead. It's Christmas's passion that brings the troop together and though getting her voice to space is the spark it's the friendship that the troop creates that sets the town ablaze. Milan Ray also delivers a standout performance as Hell No Price. As the troop comes together, her turn from bully to best friend is powerful. Viola Davis is equally heartwarming and acerbic, pushing the troop to greatness but always giving them the real. And Allison Janney is a perfect foil to Davis's Rayleen. Janney elevates her character beyond the typical prissy villain even as she throws obstacles in our hero's way.

Christmas Flint is destined to join the ranks of Vada, Icebox, Matilda, Harriet and all the other fierce, fearless girls who cared deeply and inspired others. She's in great company. 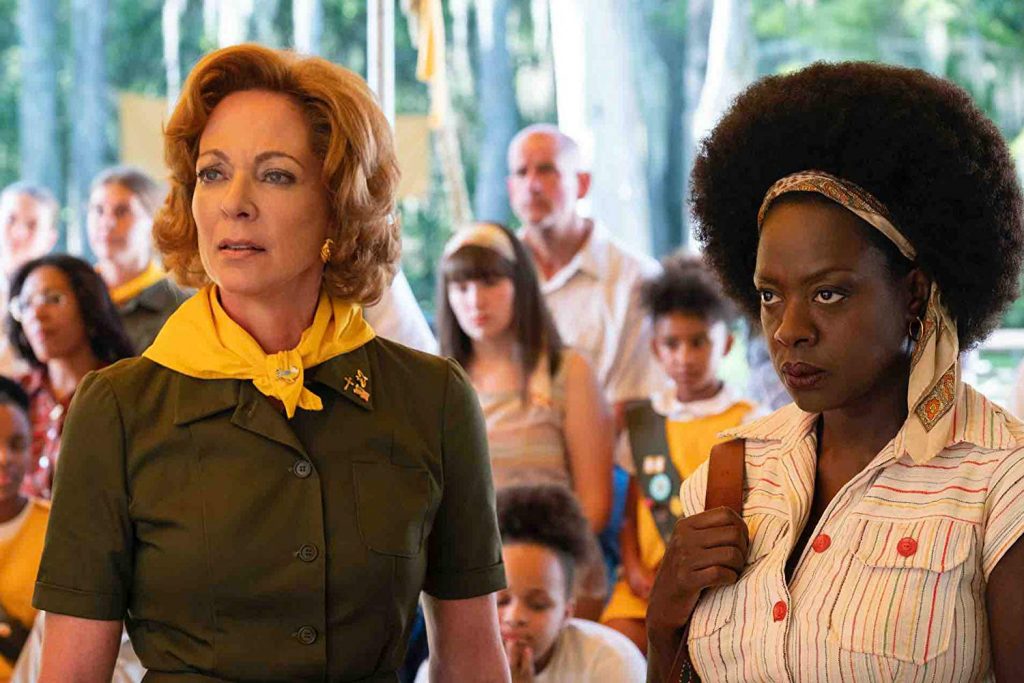 Viola Davis as Rayleen and Allison Janney as Miss Massey.