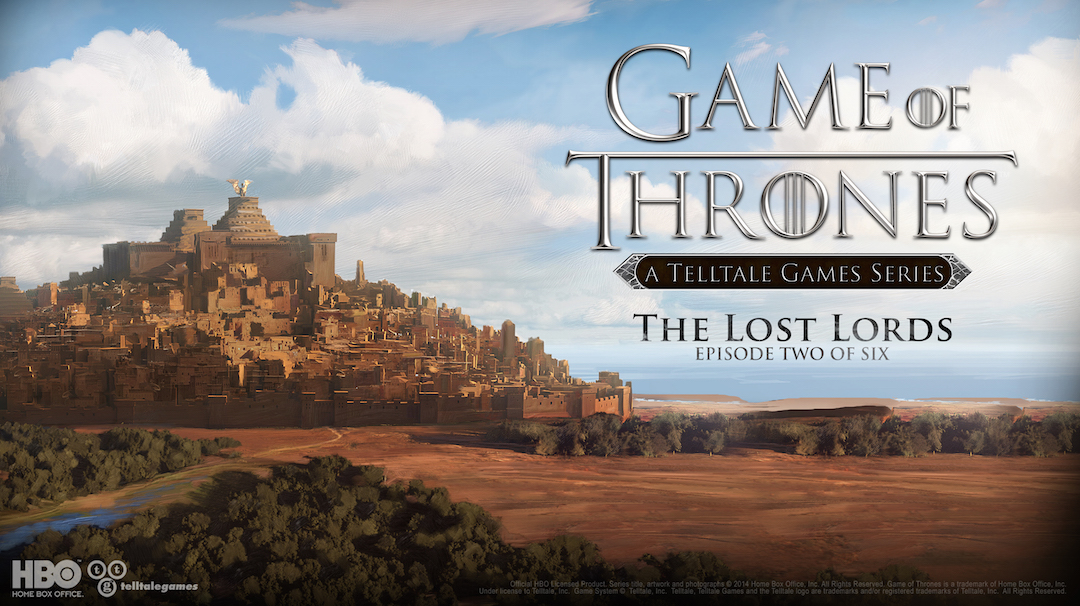 Can't wait to play episode 2 next month.   You can check out our Playing Dead review of episode 1, Iron From Ice, here.

Based on the award-winning HBO television drama series, Game of Thrones: A Telltale Games Series tells the story of House Forrester. Caught up in the events of The War of the Five Kings, they are placed in a precarious position where members of the household must do everything they can to prevent the house from meeting its doom.
"The Lost Lords," the second episode in the critically-acclaimed game series, will be available Tuesday, February 3rd on PC and Mac from the Telltale Online Store, Steam, and other digital distribution services, and on the PlayStation®Network for PlayStation 4 and PlayStation 3. The episode will be available on Wednesday, February 4th on the Xbox Games Store for Xbox One® and Xbox 360® video game and entertainment system from Microsoft. The series will also be coming to compatible iOS devices via the App Store on Thursday, February 5th and to compatible Android-based devices.

The game series is based on the world, characters and events seen in HBO's TV show, which in turn is based on George R. R. Martin's books (A Song of Ice and Fire). The events in the game series begin towards the end of Season Three of the series, and end right before the beginning of Season Five. Players will visit familiar locations such as King's Landing and The Wall, as well as unfamiliar locations such as Ironrath, the home of House Forrester.

House Forrester is a noble house from the Wolfswood in the north of Westeros. Bannermen to House Glover, they have always offered unswerving loyalty to the ruling great house of the North - the Starks. The Forresters are seated at Ironrath, an imposing stronghold surrounded by towering ironwood trees. Built over fifteen hundred years ago by Cedric Forrester and his triplet sons, Ironrath is a testament to the strength and endurance of ironwood. The Forrester house words are 'Iron from Ice', which echoes their belief that - like the ironwood itself - the adverse conditions and unforgiving landscape of the North only makes them stronger.

The game will be played from five different points of view. Each is a member of House Forrester; either a direct family member, or a person in service to the House. Scattered across Westeros and Essos, each will play their part in seeking to save House Forrester from destruction.