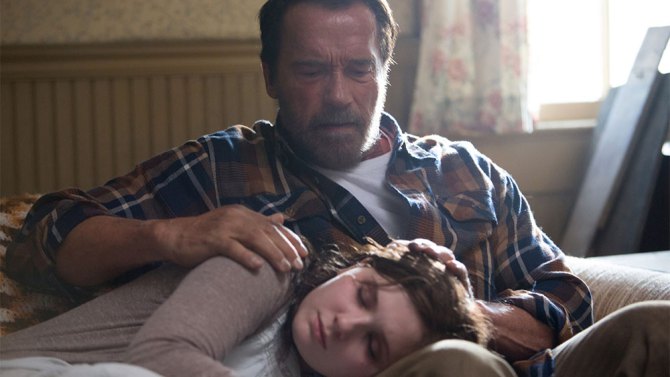 Arnold Schwarzenegger in a serious role in a zombie film...and it looks...intriguing? Who would have thought it?  I've always said Arnold Schwarzenegger can't act but this trailer has me thinking maybe I've got it wrong. Outside of just Arnold though, this seems to be a different kind of 'zombie' movie and I think that's a great thing. Seems to make it a more "human" story instead of just some world ending apocalypse survival horror film. Looks interesting and I might have to check this out.

[quote]The film tells the story of a deadly zombie virus that has put a plague on the world. When Maggie, a vivacious young woman becomes infected, her father brings her home to let her be with their family. As Maggie’s condition worsens, their relationship is tested, a father’s love holding on stronger than the disease. This heart-wrenching twist on the zombie apocalypse puts a human face on an inexplicable horror.[/quote]