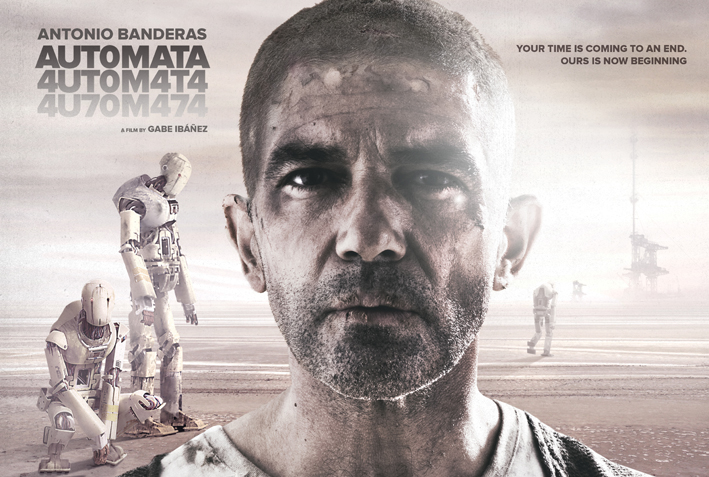 Antonio Banderas was one of the few enjoyable things about Expendables 3.    I actually like watching him in movies and it's good to see him in something outside of Spy Kids or a voice over in an animated film.  I didn't know about this movie before I saw the trailer but it looks interesting.  I can't seem to find a US release date for it (IMDB has October 9th for a Thailand release) but I look forward to checking this out if it makes it to the US.  I can see what they're going for in this Sci-Fi future with robots and it could be interesting.  It's also a foreign film so I think that it probably won't appeal to a wide audience but it might be something I would enjoy watching myself.  Hopefully I will get to check it out.

[quote]Jacq Vaucan, an insurance agent of ROC robotics corporation, routinely investigates the case of manipulating a robot. What he discovers will have profound consequences for the future of humanity.[/quote]