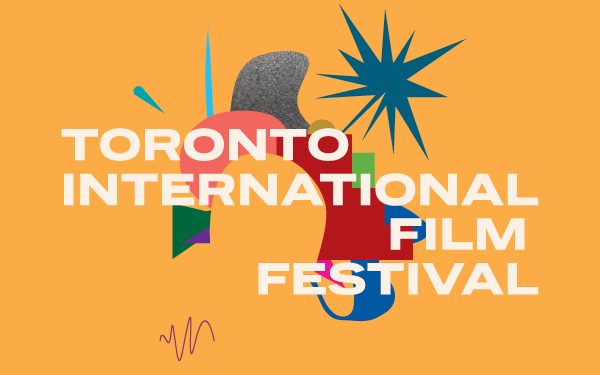 My first trip to the Toronto Film Festival is quickly coming to a close. I decided on a short trip for my first time out to TIFF partly because I wasn't sure how it would be and I wanted to ease myself into it. So today (Sunday) will be my last day.

I haven't been able to get much writing or other content out the last couple days because I've been running around between red carpets (rants on that later) and movies. But I finally have some down time and I decided to do some quick hits on some of the movies I've seen so far. Don't worry, full reviews will be coming soon.

So first up, let's talk about what I saw on Friday at TIFF. 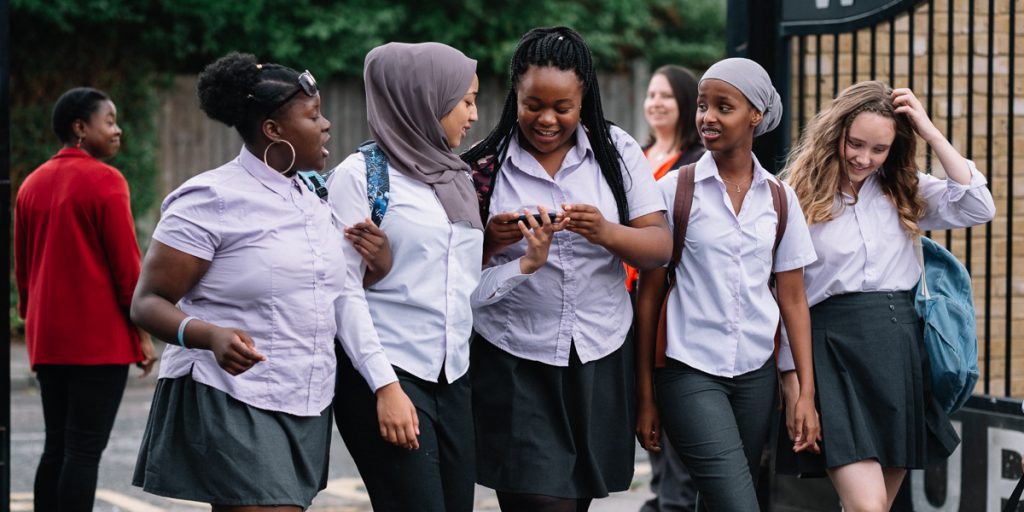 Bukky Bakray does a wonderful job as ‘Rocks’ and really nails the portrayal of a young girl who is forced to take on so much responsibility and the stress that comes with that. D’angelou Osei Kissiedu is a scene stealer as Rocks’ younger brother Emmanuel and his carefree/naive attitude was a good contrast to the worry we see from Rocks. This is a film that is going to be very emotional for audiences. Even if they cannot directly relate to the specifics of what Rocks goes through, there will be an instant connection to watching a young girl putting on a brave face while the world around her crumbles. It is also easy to become completely invested in the group of young female friends that surround Rocks and how they band together to be a support system for her.

British director Sarah Gavron (Brick Lane, Suffragette) returns with this intimate, honest portrait of a teenage girl who suddenly finds herself struggling to take care of herself and her younger brother. 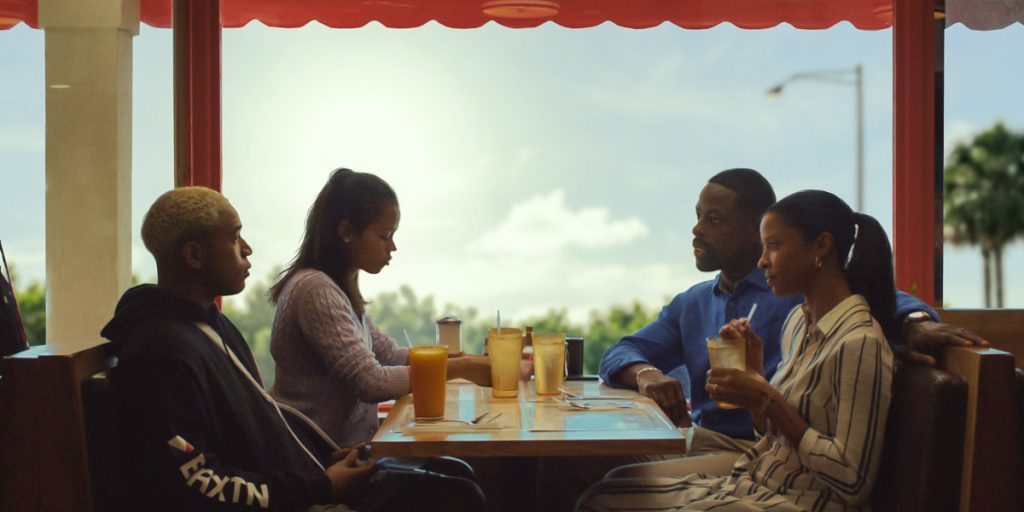 Waves Kelvin Harrison Jr. is quickly rising up to the top of the list of young black actors to stay on the lookout for. He reunites with director Trey Edward Shults for this gorgeously shot film about how even the most perfect seeming family has cracks laying beneath the surface. After seeing Harrison in Luce and the way he navigated that character who always was in control, it was equally impressive to watch him play the opposite spectrum which is a character who slowly watches as the perfect life surrounding him starts to crumble. Audiences will see the cracks in the foundation through slight moments throughout beginning of the film. Maybe it’s the tone of a characters response or the nuance of a glancing look. The signs are all there that this family that looks perfect on the outside has some demons internally. Unlike other films that may either be too heavy handed in how they expose hose demons or barely touch on or confirm them, Waves finds a great balance in leading you down a path while also leaving you enough time to wonder.

This film is beautifully shot. Audiences will become entranced by the 360-degree tracking shots and the use of colors.

Cracks begin to show in the perfect façade of a young athlete’s life, in this palpable and unexpected drama from Trey Edward Shults (It Comes at Night, Krisha). 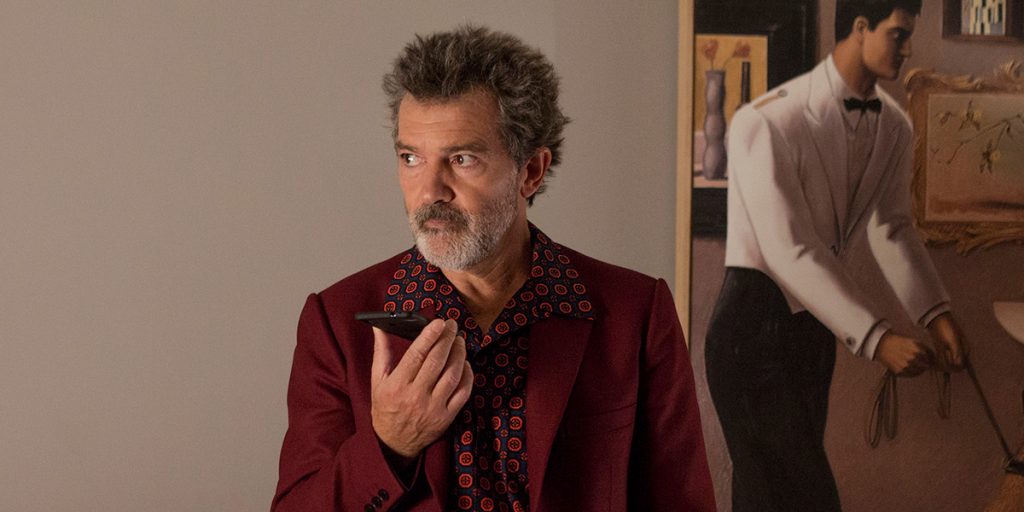 “On the days that I only feel one type of pain, I’m an Atheist” Pedro Almodóvar made his return to TIFF with a self reflective film in Pain and Glory. The film has a good balance of both humor and seriousness to it. Antonio Banderas does a great job portraying Salvador’s regrets and his spiral out of control. There’s a great contrast between Salvador’s decent into chaos and Asier Etxaandia’s Alberto’s climb out of that same madness pit. If you’re a fa of Almodóvar’s work then this is probably up you alley. The film premiered to a packed house and Almodóvar received a got a roaring standing ovation when he came out to introduce the film.

An aging filmmaker (Antonio Banderas) grapples with an uncertain future and the circumstances that shaped his successful but troubled life, in Pedro Almodóvar’s self-reflexive consideration of identity and desire. 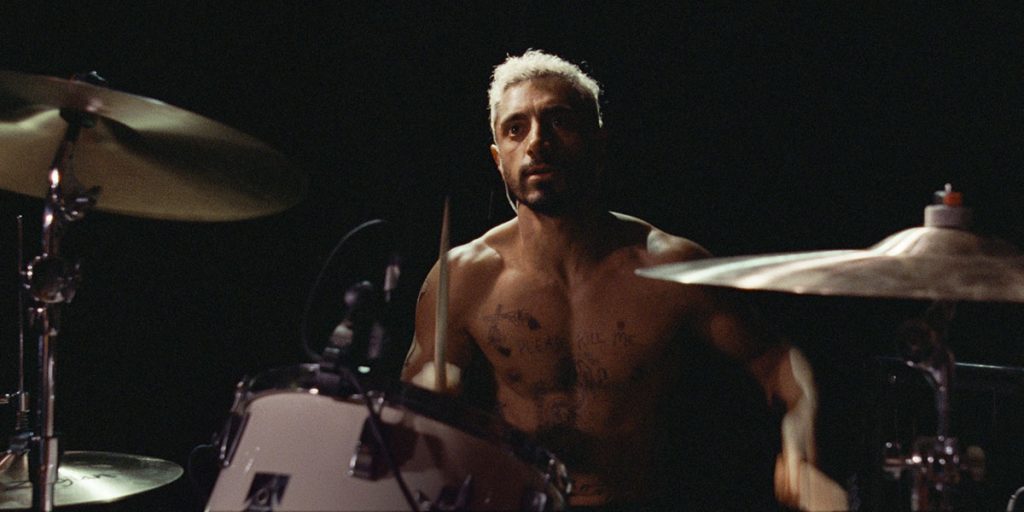 Riz Ahmed plays Ruben, a heavy metal drummer who is suddenly faced with losing his hearing. Sound of Metal tackles not just addition, toxicity and what it truly means to hear and experience the world around you. Unlike a lot of films that depict hearing loss and deaf individual, director Darius Marder makes sure to capture what it means to be deaf from the perspective of the community by including that community into the film. Sound of Metal accomplishes this by including members of the deaf community as well as activists. Lauren Ridloff as well as newcomer Chelsea Lee both represent the deaf community as well as several others. Having actually deaf actors and actresses playing deaf characters shouldn’t be revolutionary but it is. Jeremy Lee Stone was the American Sign Language teacher/consultant on set and also has a small role in the film.

Darius Marder establishes a strong cinematic voice with his debut feature, about a heavy-metal drummer (Riz Ahmed) who starts to lose his hearing and consequently begins to re-evaluate his place in the world.