Toronto Film Festival: How to Build a Girl Misses the Mark 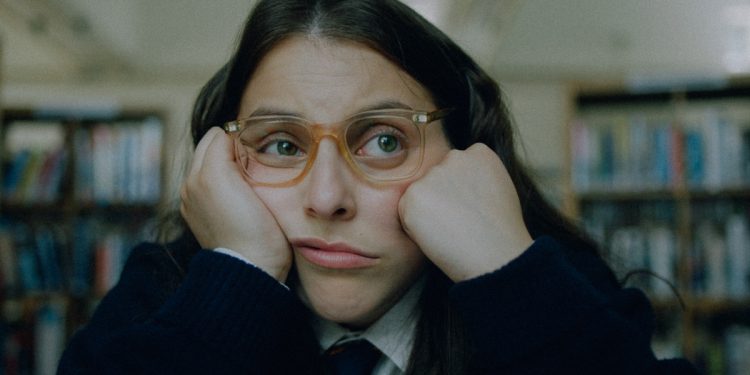 Joi6
Kriss6.5
Beanie Feldstien is fantastic and hilarious as always but the film itself seems to skip over calling out some incredibly creepy moments and seems hollow compared to the story the title seems to imply. For a movie about how to build a girl, there's a lot of centering of men
6.3
Based off the semi-autobiographical novel by Caitlin Moran, How to Build a Girl never fully commits to its title and by the end will leave the audience feeling a bit cheated by overpromises. This isn’t to say this is a bad film. It is funny with a cast that gels extremely well together. But underneath the laughs and likable cast sits a hollow film.

The story follows teenager Johanna Morrigan (Beanie Feldstein) who in order to fulfill her dream to be a writer creates the persona Dolly Wilde to review rock bands at a male-dominated magazine. Dolly Wilde is everything Morrigan isn’t, a fast-talking, sex-crazed mean-girl who can help Morrigan escape her boring and mundane life.

Let’s just get this out of the way now; Beanie Feldstein is an absolute treasure to the movie universe. Between last year’s Lady Bird and this year’s Booksmart, Feldstein is hitting her stride when it comes to films. She’s absolutely hilarious but also has  pretty good range when it comes to the characters she portrays. Hollywood has a way of typecasting the funny fat woman in roles that make their weight or looks the punchline yet Feldstein has found a way to avoid that. It never feels as if she's only playing it for laughs. In How to Build a Girl, she continues her streak of playing the confident on-the-outside yet a bit damaged inside characters that will have you laughing until you realize there's real pain there.  Feldstein is fantastic and tries to give depth to the character but is ultimately let down by the script. 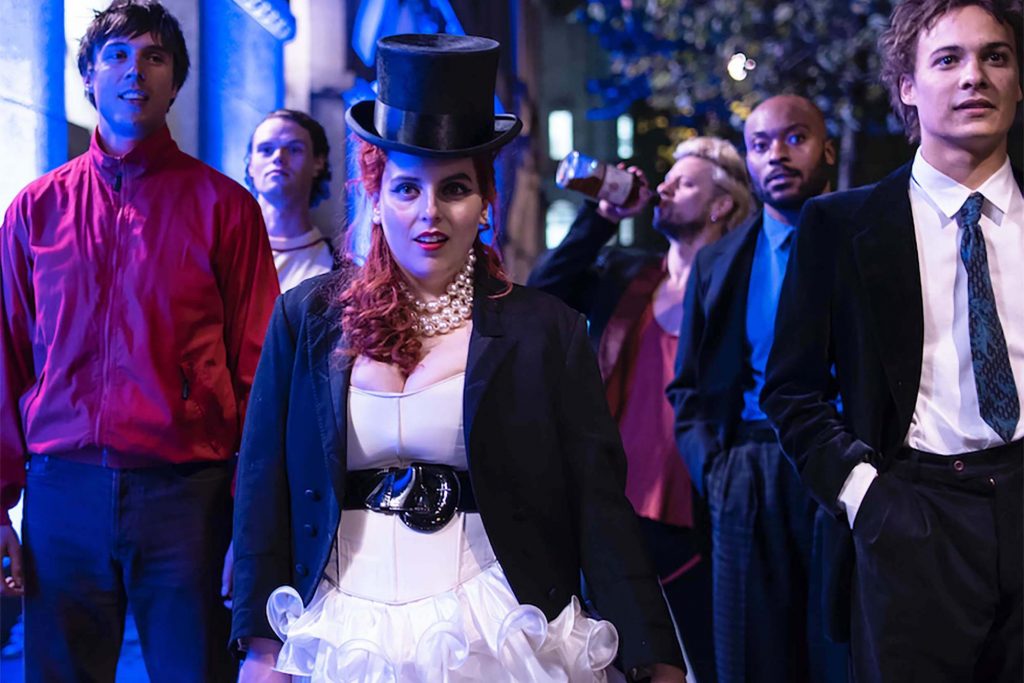 How to Build a Girl is lacking in a few places. Narratively this film is a mess. It jumps from moment to moment without any real weight behind even the most serious topics. Takes Angie (Sarah Solemani) who is Johanna’s mother. Early in the film we’re told that she suffers from postpartum depression but nothing is done with that fact. Johanna mentions it and we spend most of the film just seeing Angie sit around almost dead-eyed to the world. It takes almost until the very end of the film for us to see mother and daughter have an actual conversation, which by that point just doesn’t have the impact it should. And then there’s the creepiness factor that never gets address. While there’s nothing wrong with a sex-positive and sex-liberating film for young women, the elephant in the room with this film is that this is a 16 year old girl having sex with grown men. Now I understand that as an American I need to understand that age of consent laws are different overseas in some countries. But even if the age of consent is 16, a 16 year old having sex with 30+ year old men is creepy, not funny. It’s a huge miss for this film when it has Johanna gleefully recounting her “sex-adventures” to her brother Krissi Morrigan (Laurie Kynaston) without any reflection in how damaging and disgusting this is. And to be clear, the issue isn’t the sex but rather who its with (Old men clearly taking advantage of a young girl). No matter how much the film tries to make Johanna seem like a grown adult, there’s no escaping the fact that she’s a young girl being used by grown men.
All this leads to the biggest and most disappointing aspect of How to Build a Girl which is that the film is incredibly male centered. Johanna has absolutely no female friends. Outside of one conversation with her mother, sparse interactions with a female teacher and a criminally short cameo by Emma Thompson at the end of the film, all of Johanna’s interactions are with men. Most of this film is built around Johanna either trying to fit into a male-centered environment or thriving in it. It feels like false advertisement. A film like this should struggle to pass the Bechdel test and yet I’m almost certain it fails.
In the end, How to Build a Girl feels more like How to Tear Down a Girl. There was an opportunity to do more but instead we have to settle for a few laughs and in the end, a forgettable film.
You can listen to Kriss and Joi talk more about this film and why it missed the mark on the Movie Trailer Reviews Podcast.