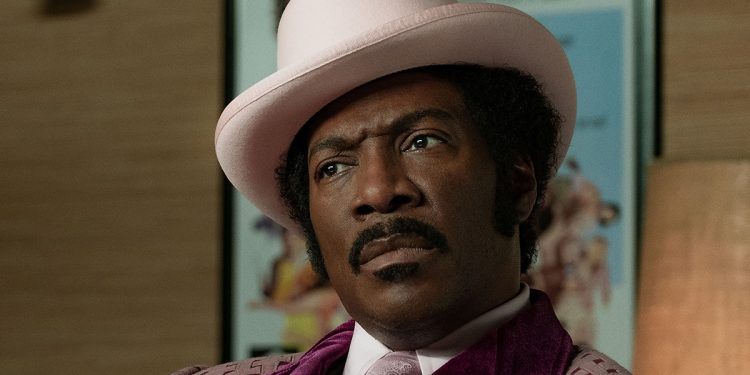 Kriss8.5
Eddie Murphy and Da’Vine Joy Randolph are fantastic as Rudy Ray Moore and Lady Reed. The film is able to be funny and inspiring while not feeling exploitative. It's refreshing to see the story of creative black people bonding together to make their craft and succeed
8.5

For a film about a blaxploitation icon, Dolemite is My Name is undeniably an inspiring film about black people coming together and supporting their own. Dolemite is My Name is the story of Rudy Ray Moore (Eddie Murphy) transforming himself from a down on his luck singer/actor/comedian into the bold, brash Dolemite and rocketing himself to fame and success. Sure, the comedy is raunchy and explicit, but underneath that is story of a black man who believed in himself and his community. This is a film about a black man who self-financed himself into success while bringing his friends along and leaning on the support of the black community. In a time when black filmmakers still find themselves struggling to get the same chances and opportunities as their white counterparts, this film is both an inspiration to keep fighting and a somber reminder that things haven't progressed as much as we like to think. 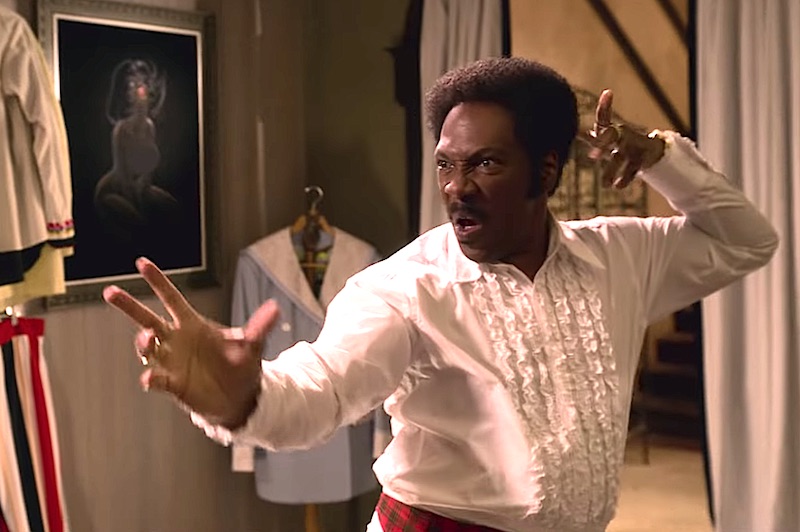 Eddie Murphy completely embraces the role of Rudy Ray Moore. This is Murphy’s best role in years. It’s no surprise that he nails the comedy of the role. Eddie Murphy being funny? What am I going to tell you next? That water is wet? But there is more to Murphy's role than just being funny. Murphy is able to portray the passion and confidence of Rudy Ray Moore. As a groundbreaking comedian himself that had to earn his way to the top and has continued to find ways to stay there, I'm sure Murphy found a lot of similarities to a middle-aged Moore being told to step aside and that his time has passed. Murphy is able to tap into that and bring a connection to Moore that makes it bigger than just being funny.

Outside of Murphy, the film boasts a robust supporting cast. Tituss Burgess, Mike Epps, Craig Robinson and Keegan-Michael Key are all hilarious and play their parts well. Da’Vine Joy Randolph is absolutely fantastic as Lady Reed. This film could have easily ignored Lady Reed/Queen Bee’s contributions to Moore’s success. We’ve unfortunately seen how Hollywood has no problem erasing the work and accomplishments of black women. That Dolemite is My Name makes sure to not just include this dark skinned, fat black woman but also shows how her friendship with Rudy Ray Moore was key to his success should be applauded. There’s something refreshing about seeing a relationship between a man and a woman at a purely platonic level in which they both supported each other fully in becoming successful. Wesley Snipes is so good and funny in this you might forget that he’s the one responsible for Halle Berry being deaf in one ear (Just kidding, you won’t forget that and shouldn't). Ruth Carter’s costume designs help transform everyone and pull the audience completely into the time era. I wouldn’t be surprised if come next spring some of these designs aren’t trickling onto the racks in some department stores. 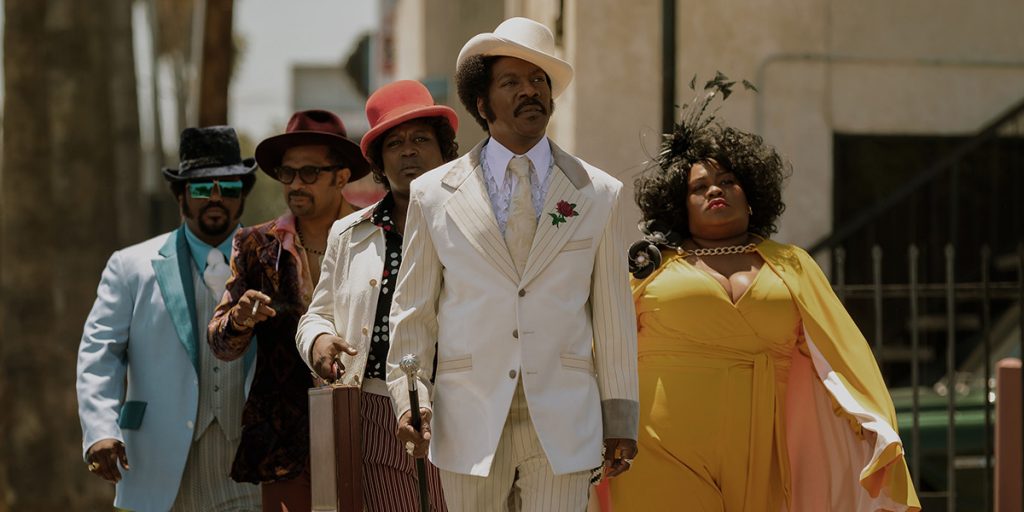 The back half of this movie covers the actual filming of Dolemite which is absolutely hilarious and ridiculous while at the same time inspiring. Director Craig Brewer is able to capture how out-of-their-depths the entire cast, including Rudy Ray Moore, were without making fun of them. There is a constant sense that everything Moore did was for the enjoyment of his people. He didn’t care if the reviews said his film were terrible as long as there were lines around the block filled with black people anxious to see it. At no point does the film get into blaxploitation territory where you no longer feel like you’re laughing along with the cast but at them. It’s a true testament to this film that as a viewer, I can see how everything Moore touches should fail while at the same time root for his success because he’s believed in it so much.

Dolemite is My Name is a film that is going to surprise a lot of people. I’m not sure how familiar audiences will be with Rudy Ray Moore or why Dolemite was such a significant film. Luckily, this film works for those with almost no knowledge of Moore or Dolemite. I wouldn't necessarily call this a "feel good movie" but I definitely walked out of this film with a sense of pride and a huge smile on my face.