Toronto Film Festival: Da’Vine Joy Randolph Impresses in ‘Dolemite is My Name’ as ‘The Report’ and ‘JoJo Rabbit’ Make Their Premiere 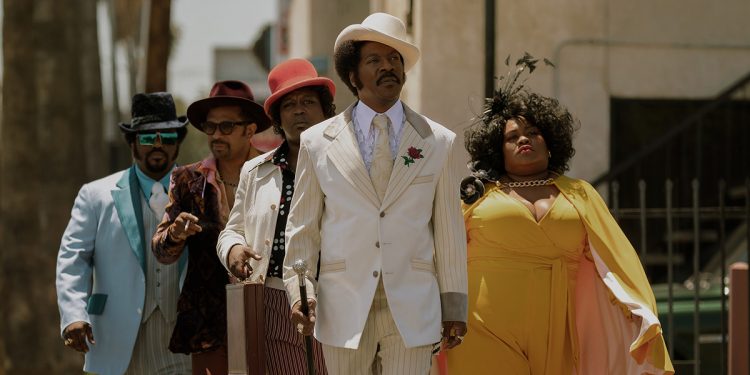 Sunday at the Toronto Film Festival 2019 brought a nice little mix of films for me. It started with Netflix and Eddie Murphy telling the story of Rudy Ray Moore transforming himself into Dolemite. Originally, my plan was to go to the Press & Industry screener for the animated film Abominable but switched up to Dolemite is My Name and I’m glad I did. After that, I checked out The Report, the film about Daniel J Jones, the staff member of the Senate Select Committee on Intelligence that put together the torture report that outlined the utter failure of the CIA’s ‘Enhanced Interrogation Techniques’ program. Seeing the premiere of this film was probably my greatest win of the festival because it almost didn’t happen. When I selected the 10 movies to use my complementary press tickets for, I inexplicably missed getting a ticket for The Report (Instead I somehow got 2 tickets for Sound of Metal). So on Friday I had to rush over to the Hyatt and try to exchange my extra ticket and hope there was still a ticket left for The Report. Luckily there was exactly one ticket left thus securing my first victory of TIFF.

I wrapped up Sunday with the world premiere of Taika Waititi’s JoJo Rabbit which, if you weren’t prepared for Waititi’s brand of weird humor and satire then I don’t even know why you were in the audience.
As always, full reviews will be coming out later throughout the week, but here’s a quick rundown of my thoughts on all three of these films. These are the last set of in-person films I saw at TIFF. I still have a few screener links to go through so stay tune for a rundown of those films soon as well.
Dolemite is My Name 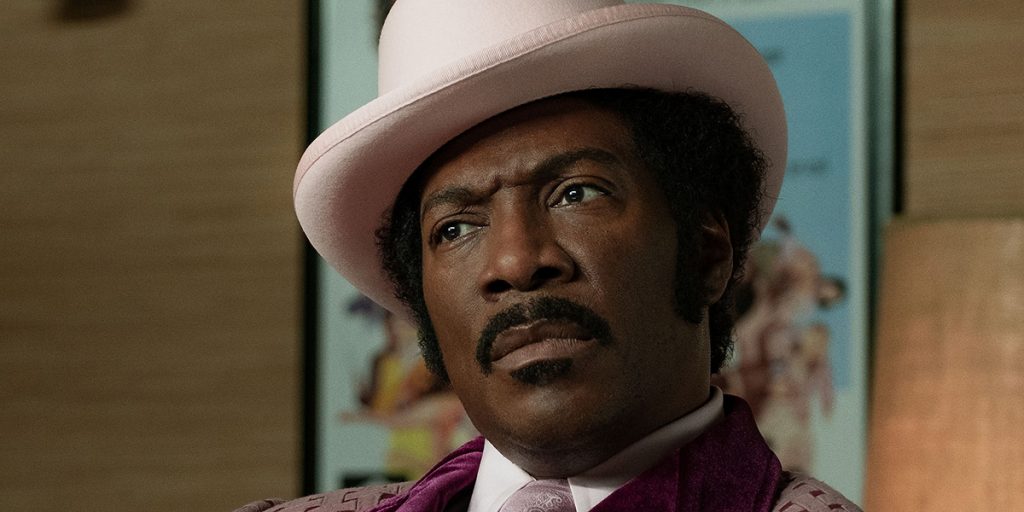 The most surprising thing about Dolemite is My Name is how much of an uplifting and positive story it is. The uninitiated may think a story about Rudy Ray Moore’s transformation into a loud mouth, raunchy, blaxploitation figure like Dolemite would be the farthest thing from a positive, pro-black message but they’d be wrong. Right under the surface of the ridiculousness and the comedy is the story of a motivated middle-aged black man who didn’t let hearing “No” stop him from achieving his dreams. Rudy Ray Moore transformed himself into Dolemite, created his own comedy album and sold enough out the back of his car to get a record deal and climb the charts. Then he took that and made Dolemite into a movie, with zero experience and turned it into a hit. All of that on his own (well, with the help of his friends). On every level Rudy Ray Moore should have failed but this film shows how determined this man was to see his dream come to fruition.

I’ll talk more about the performances in this film in my full review but I have to point out that Da’Vine Joy Randolph is a scene stealer as Lady Reed. Randolph is hilarious, charming and fits into the role with ease. Part of the reason why Dolemite is My Name works is because this film makes sure to give time to characters like Lady Reed and drive home the friendship and bond she had with Rudy and how they were a support system for each other.  At its core, Dolemite is My Name is a film about how a group of black friends in the 70’s lifted each other up into a booming success.
Dolemite Is My Name tells the story of Moore, a struggling singer and comedian working in a record store in early-1970s Hollywood. Every type of hustler populates the neighbourhood, most with a wicked repertoire of obscene insults. Moore begins picking up their patter, drawn from the rich African-American tradition of "the dozens." He creates a stage character, Dolemite the pimp, records some especially profane routines, and soon rockets from shop clerk to ghetto superstar. It's not long before he starts making movies.
The Report 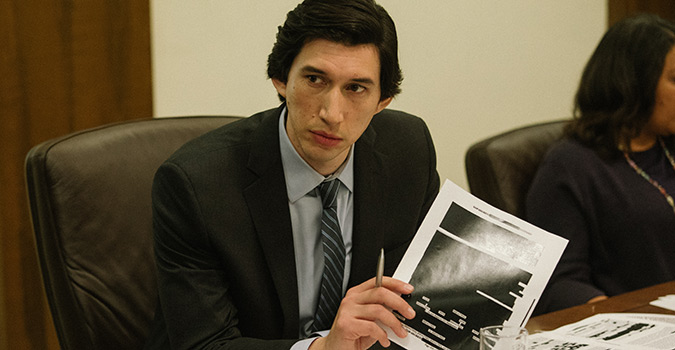 If for some reason you still had faith in the inner workings of the US government to be fair, balanced and provide justice, The Report should strip that last bit of rose coloring from the glasses you’re wearing. If, like a normal person, you already know that 'truth & justice’ aren’t always convenient enough for politicians and the government, then The Report will be further confirmation that everything is terrible and maybe we should start praying a bit harder that the next near-miss comet does a bit of course correction to put us all out of our misery. Scott Burns pulls no punches in showing that the lack of consequences for those that argued for, implemented and then defended the CIA’s EIT program wasn’t a partisan issue but instead fault lays on both sides. Yes, the mess that the program caused lays squarely at the feet of the Republicans, but several Democrats, including the Obama’s White House failed to put in an appropriate plan to punish those that so clearly violated the law. This film does a great job of showing that there was failure across the board and that the only non-partisan thing to work in Washington is letting crooks get away with crimes (maybe even get promoted for them).

By the time award season hits full strength, Adam Driver might not be in the running for Best Actor. That said he does an excellent job portraying Daniel Jones’ increasing levels of frustration as the investigation goes on. Driver is able to portray Jones with what can only be described as “the appropriate levels of incredulousness” for the stonewalling, lies and lack of consequences for everyone involved. At times it felt like he was acting out my own emotions as I watched the film. This is definitely a film to watch with a drink in your hand.
Daniel J. Jones (Driver), a staff member of the US Select Committee on Intelligence, is tasked with helming a Senate investigative report into the CIA's use of torture after 9/11. Some $80 million was spent; 119 detainees were interrogated. Hundreds of hours of recordings of those interrogations were destroyed. What happened? Who is accountable? Faced with one seemingly insurmountable obstacle after another, Jones spent half a decade finding out.
JoJo Rabbit 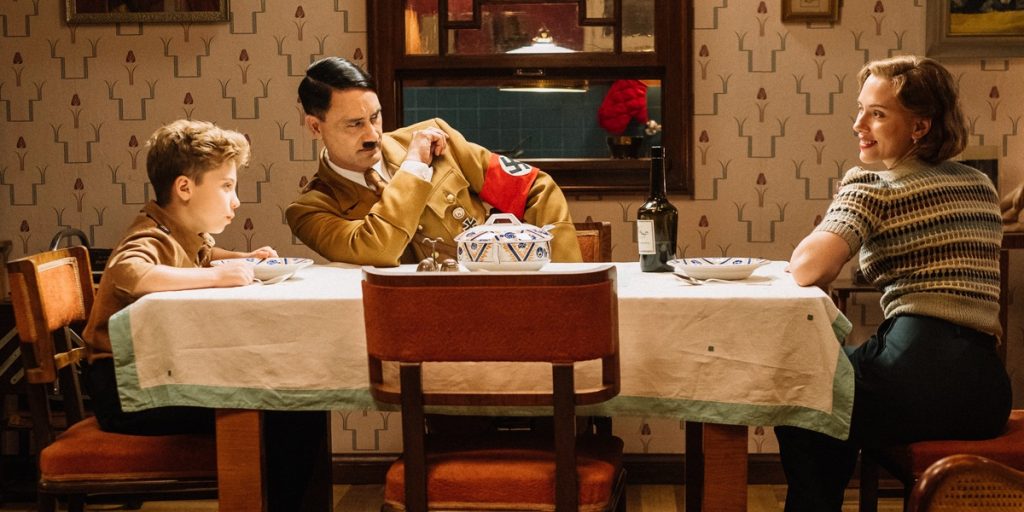 As I said above, you had to come into Jojo Rabbit knowing what you were going to get. This is an anti-Nazi satire and that was clearly Taika Waititi’s main goal and focus. While I enjoyed this film, I can see this being a mixed bag for others. Waititi use of humor to show just how childish and idiotic the Nazi were may be misconstrued as him taking the anti-semitism of the Nazi and their crimes too lightly. Personally, I don’t see it that way at all. Waititi describes himself is a Polynesian Jew and so the target of his humor isn’t to belittle Jews but rather show how small minded and ridiculous Nazis were (or rather…are…since…yes…in 2019 Nazis apparently still exist and we need to remind folks that they’re stupid). Now, does that make Jojo Rabbit a good film? For that you’ll have to check out my full review when I post it.

The cast really shines in their roles here. Sam Rockwell continues to show why he’s constantly getting work (because he’s that damn good). Rebel Wilson is absolutely ridiculous and hilarious (is there anytime that statement isn’t true?). And yes, Scarlett Johansson plays the hell out of Jojo’s mother. It’s annoying after the series of absolutely boneheaded comments she’s made (From being tone-deaf with her own privilege to standing firmly on the side of a pedophile in Woody Allen), I wanted to be able to write her off completely but…her performance is great. At this point I’m just running out the clock on Johansson until she stops cashing MCU checks and I can finally cut her problematic existence out of my life.
Jojo Betzler (Roman Griffin Davis) is a precocious kid in World War II Germany with an egregious blind spot. Socially awkward, but a proud member of the Hitler Youth, Jojo passes much of his time with his imaginary friend Adolf (Waititi), a cuddly, energetic, pep-talking version of the Führer. Having completely bought into Nazi hate, Jojo is incensed when he discovers that his mother (Scarlett Johansson, also at the Festival in Marriage Story) has been working for the resistance, helping to keep safe the Jewish people he's been taught to hate. With Germany on the brink of collapse, he is faced with the choice of clinging to his hateful beliefs or embracing his humanity.