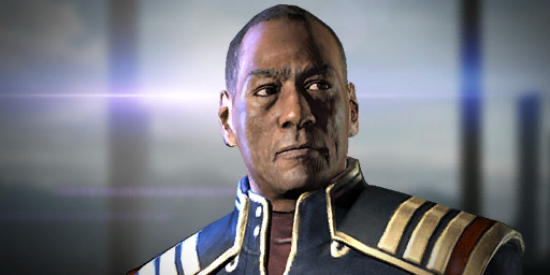 I love video games, I’ve been playing video games as long as I can remember. Mario, Double Dragon, Final Fantasy, Call of Duty, Dynasty Warriors, really anything I could get my hands on. When I finally played Final Fantasy VII, my eyes lit up. Not just because it was a beautiful game, but because one of the playable characters looked like me. I hadn’t seen a black player-character since Streets of Rage 2, but it never dawned on me that no one that looked like me was the hero of any of my games. We’ve come a long way since Barrett Wallace, but a majority of games are still headlined by grizzled white guys. So, this Black History Month, I’m going to highlight five of my favorite black player-characters in video games. 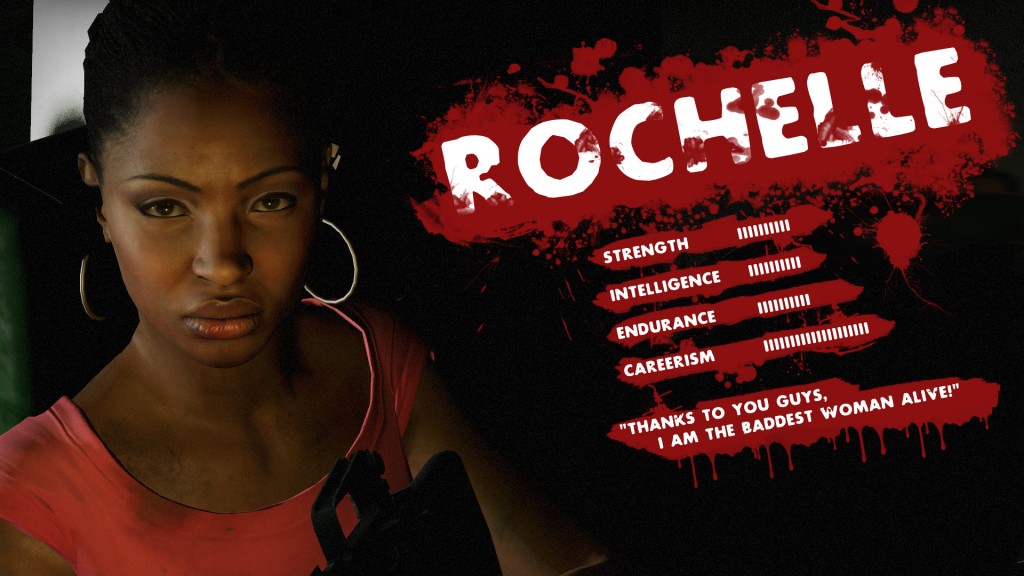 Character: Rochelle
Game: Left 4 Dead 2
Quote: Thanks to you guys, I am the baddest woman alive!
Memorable Moment: It's hard to pick a moment for Rochelle in a game like Left For Dead that doesn't have an actual story or scripted moments, but the coolest thing I've ever done with Rochelle is solo a tank by bombing it with Boomer Bile and Chainsawing it to death.

Left 4 Dead 2 doesn’t offer much in the way of its story, the zombie apocalypse has hit location X and now four survivors must make it to an escape point. Pretty basic stuff, but Valve manages to turn this into more than just another co-op fight for survival. They do this through the survivors themselves, and making them more than just character skins to select. This is most evident, in my opinion, with Rochelle. The spunky, snarky, rookie journalist brought a freshness to this game beyond the standard player characters that we were used to. 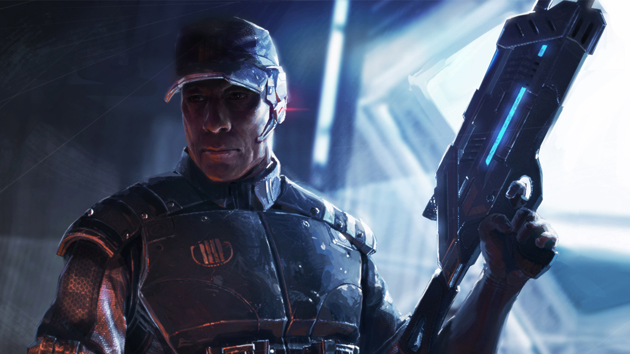 Character: Admiral David Anderson
Game: Mass Effect Trilogy
Quote: You did good. I'm...proud of you.
Memorable Moment: To me, Anderson's most memorable moment is his choice to stay behind on Earth to organize the resistance against the Reapers. He stays, in the face of insurmountable odds to give humanity a fighting chance against their eminent destruction. It goes to the core of his character; he's a soldier, a fighter, a leader of men, and he knows that this is where he belongs.

Of all the divergent paths in the Mass Effect series, one constant is the awesomeness that is David Anderson. Starting off as Shepard’s commanding officer, he becomes more than just a mentor to the player but almost a father figure. His accolades include being a candidate for becoming the first human Spectre before being sabotaged by Saren, beating and capturing Kai Leng, becoming an Admiral in the Alliance Navy, becoming the first human Councilor, and successfully leading the resistance after the Reapers attack earth. Anderson is also a sage council for the player, always supportive of the plan Shepard picks and providing valuable intel for Shepard’s various missions. Personally, I hit the thug tear when Anderson finally says “You did good. I'm...proud of you.” It’s not like Anderson doesn’t tell you that he’s proud of you, but just that final act of validation really resonated with me. 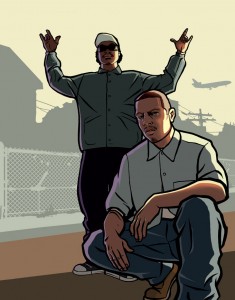 Character: CJ
Game: Grand Theft Auto III: San Andreas
Quote: See you around...Officer.
Memorable Moment: The final mission has you fight your way through Big Smoke's trap house, finally gunning down the traitor himself. Then, you chase down Officer Tennepenny and finally pay that bastard back for everything he's put you through.

Some people look at CJ as a walking stereotype, nothing more than another thug in a long line of GTA Sociopaths, and they couldn’t be more wrong. Maybe that’s why CJ is such an important character to me, because I can relate to that. Throughout the game people underestimate CJ as nothing more than a gang-banger, a kid from the streets who only knows the violence around him. CJ wants more out of his life than that, he has hopes of getting out of the life and living out the American Dream. He’s also fiercely devoted to his family and willing to do anything for them. He’s a complex character, easily one of my favorite GTA protagonists and someone that any black kid can relate to. Ya know, minus the mass murder. 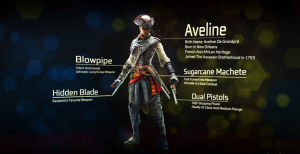 Character: Aveline
Game: Assassin's Creed Liberation
Quote: I seek liberty and freedom, not for myself, but for those whom such fundamental rights are denied. I am their shield, their sword, their only hope. The roads I travel are dark, but they bring me closer to the light.
Memorable Moment: Aveline's first official mission is rescuing a slave from a plantation. The master's son has tied and taken the slave, Thérèse, to the barn. After successfully sneaking around the plantation and finding her, she's discovered by the son. She drops all pretense and brutally murders the guards and son with a machete. That's when the player realized that Aveline is in no way shape or form fucking around.

Before Adéwalé was butchering plantation owners with his golden machete, there was Aveline. Aveline de Grandpré is not only the first playable black protagonist in the Assassin’s Creed series, but also the first female playable protagonist. Aveline could have been a play on the tragic mulatto trope, being the daughter of French Merchant and his slave, but instead she embraces all aspects of her identity. She passes as a “lady” when she needs to infiltrate “high society”, a slave when her brothers and sisters need liberation, and finally her identity as an assassin to complete the task at hand. A freedom fighter to her core, calculating, methodical, and ruthless towards anyone who gets in her way. She easily could have been a wangst ridden character who needs the inspiration of her mentor to finally achieve greatness, but she was a fully realized character who didn’t shy away from any aspect of her blackness. 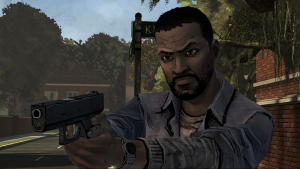 Lee Everett - Telltale’s The Walking Dead
Character: Lee Everett
Game: Telltale Games' The Walking Dead Season 1
Quote: You think you do when you look back, but in the moment, when things are really out of control, you don't have any choice.
Memorable Moment: The march through Savannah to save Clementine. Bitten, possibly amputated, he carves a bloody swath of destruction through a horde of walkers to get to Clementine.

Lee Everett is one of the greatest fictional black fathers of all time. Everyone’s Lee is different, but at his core, Lee is Clementine’s father. We were everything to Clementine. We were her strength, her wisdom, her courage, we let her know that, in spite of everything, she was strong enough to face this world. Much like Anderson, Lee is Clementine’s mentor and support system in the world of the Walking Dead. He can either be a bright spot in her life, or a cold reminder of the realities of this world. No matter which approach you choose, it is all done out of a love for Clementine. Once Clementine is abducted, Lee sacrifices everything to get her back safely, fighting off death itself to ensure that Clementine will be safe in this world. Outside of her, Lee is the glue that holds his group together. The most level headed of his group of survivors, that honestly would have died a lot sooner without his guidance. Even Kenny leans on Lee to help him get through the loss of his son and wife. Everyone is better for having known Lee, and we are better for having seen the world through his eyes.

Black History month isn’t just about celebrating George Washington Carver and his many peanut creations, or Martin Luther King Jr and the Civil Rights movement. Black history month is a celebration of black people in a medium where we tend to be overlooked. When we’re taught history, most of us will only hear about Langston Hughes or Maya Angelou in February while Walt Whitman and J.D. Salinger are lauded year-round. Let’s go beyond that. Let’s talk about Virgil Hawkins, let’s talk about Miles Morales, let’s talk all the different black characters in fiction so black kids can see themselves in these stories too.

What are some of your favorite Black video game characters?