To anyone who would listen, I have been touting the last decade and a half as a kind of new Golden Age of comics, due to the volume and quality of four color output since the turn of the century. So, when the idea of doing a Christmas List of books came up, I was anxious to share 10 post-2000 books with our readers and listeners; not just for you, but because every holiday is another chance to bring someone you love into our world of comics. So screw the socks, take back the tie, and give the gift of comics this holiday season! Maybe you can grab a whole run as a gift for you, or the beginning of one to give it a shot, but each one of these is guaranteed to appeal.

Plus, let's be real, you've waited this long to buy gifts, and Comixology doesn't have to ship! Use our affiliate links below and you can get these books in whichever format fits you best.

The rules (that I broke!) for my list were as follows:

And yes there are honorable mentions and yes you'll hear about those too. For now, on to the list! 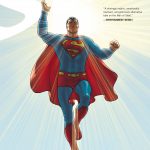 Full disclosure: Superheroes are how I got exposed to comics, and these modern myths continue to be much of my comic consumption. And this is a great distillation of why Superman is a hero and why I hate Zack Snyder so much. 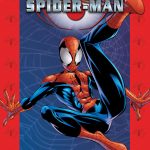 When the Ultimate universe launched, some fans decried it, asking who would want Spider-Man stories bereft of 40 plus years of continuity. Which is exactly how I would explain why it's on this list. Some fans are dumb. PLUS - the debut of Miles Morales. Eventually. 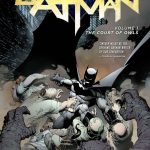 The best runs elevate not just storytelling technique, but also the core concept of the character, and that's precisely what Snyder and Greg Capullo did over these 52 issues. They explain why Batman matters in a VERY meta sense in this iconic run. 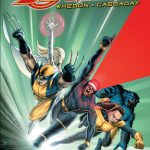 Do you or someone you care about love the X-Men, but can't figure out why the movies just don't feel right to you? Well, Joss Whedon and John Cassiday understand, and they have written a 24 issue love letter just for us. 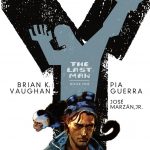 NON-SUPERHERO COMIC ALERT. What if every creature with a Y chromosome on Earth died at once except for one? Watch as slacker-turned potential messiah Yorick Brown navigates a world ruled by women and beautifully depicted by the immensely talented Pia Guerra. 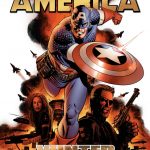 Is it cheating to take one long run over two writers? Maybe, but it's my list! Look, Steve Rogers got his best treatment on the silver screen via Chris Evans, and the seeds for this deeper understanding of the Sentinel of Liberty start here, with Brubaker's run being the skeleton for Marvel Studios' hit, Captain America: The Winter Soldier. 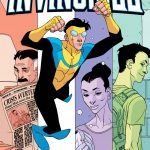 That's right, The Walking Dead guy has a superhero comic, and it's probably better than his more famous, more zombie-y work. Yes, it's technically still ongoing (2 issues left!), but if you want a good, clean super hero universe to absorb from beginning to end, the tale of Mark Grayson is for you. 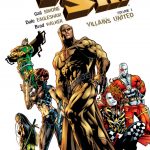 Let' s be real: this is a superhero comic in name only, as Gail Simone used a collection of B, C, and Z list villains to create the raunchiest, funniest, most introspective of the mid-2000s DC output. With multiple LBGTQ leads, I am constantly astounded by all she was able to pull off in Superman's house. 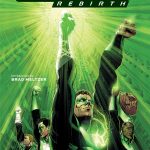 Sometimes, writer and property are married in such a way that it makes you a little uneasy. Johns is so at home in the space opera that is the Green Lantern Corps that his bringing the reader along for the ride almost makes you forget these are corporately owned trademarks, and more heroes searching for the next adventure. Start with Rebirth, thank me later. 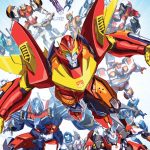 I mean, have we met? I think we have.

It was tough to break this list down to only 10. Kriss and I will be discussing this list, his list and our honorable mentions on an upcoming Mailbag episode so make sure you subscribe to Super Tuesday Recap so you don't miss an episode. And feel free to email us at Mailbag@MTRNetwork.Net to discuss!