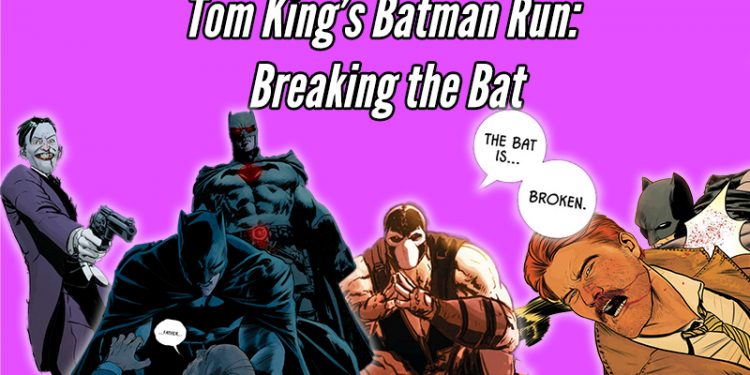 April  has been a long year and so we're doing a bit of switching up. We  were supposed to be doing a Hulk Character Corner this month but life was just so busy that didn't happen. We still wanted to put out a show for the fans though. So we decided to put part 3 of our Tom King Batman Run up for all listeners on the MTR Network. Part 1 and Part 2 are up on the Premium feed so sign up if you want to hear those.

In Part 3 we cover volumes 7 through 9. That's The Wedding, Cold Days and The Tyrant Wing. There's a lot that happens here and it's all revealed to be the master plan of Bane to finally completely "Break the Bat":

We'll be back in May with the Hulk Character Corner as well as wrapping up the rest of his series on Premium. Sign up at premium.mtrnetwork.net to hear those episodes as well as part 1 & 2 and more.