In case you didn’t know, Tom King is currently writing the hell out of Batman over at DC. After turning in a stellar 12 issues on Vision of all characters over at Marvel, King got scooped up by DC to write Batman. He was taking over as writer for Scott Snyder who moved on to All-Star Batman. Snyder’s 52 issue run on Batman was an amazing run that set the bar high for King coming in (You can catch our Comic Book Book Clubs talking about Snyder’s run here, here, here and here). But King has knocked it out of the park.

Tom King has given us some great insight into what makes Batman tick. We get the truth behind what drives him and what lead to him being Batman. In some stunning panels in issue 12 as part of the I Am Suicide storyline, we get panels of Batman fighting his way towards a confrontation with Bane with juxtaposed with pieces of a letter he wrote to Selina Kyle. In the letter, Bruce is explaining the time after his parent’s death when he almost committed suicide and how the choice to become Batman was the choice of a boy choosing to die. 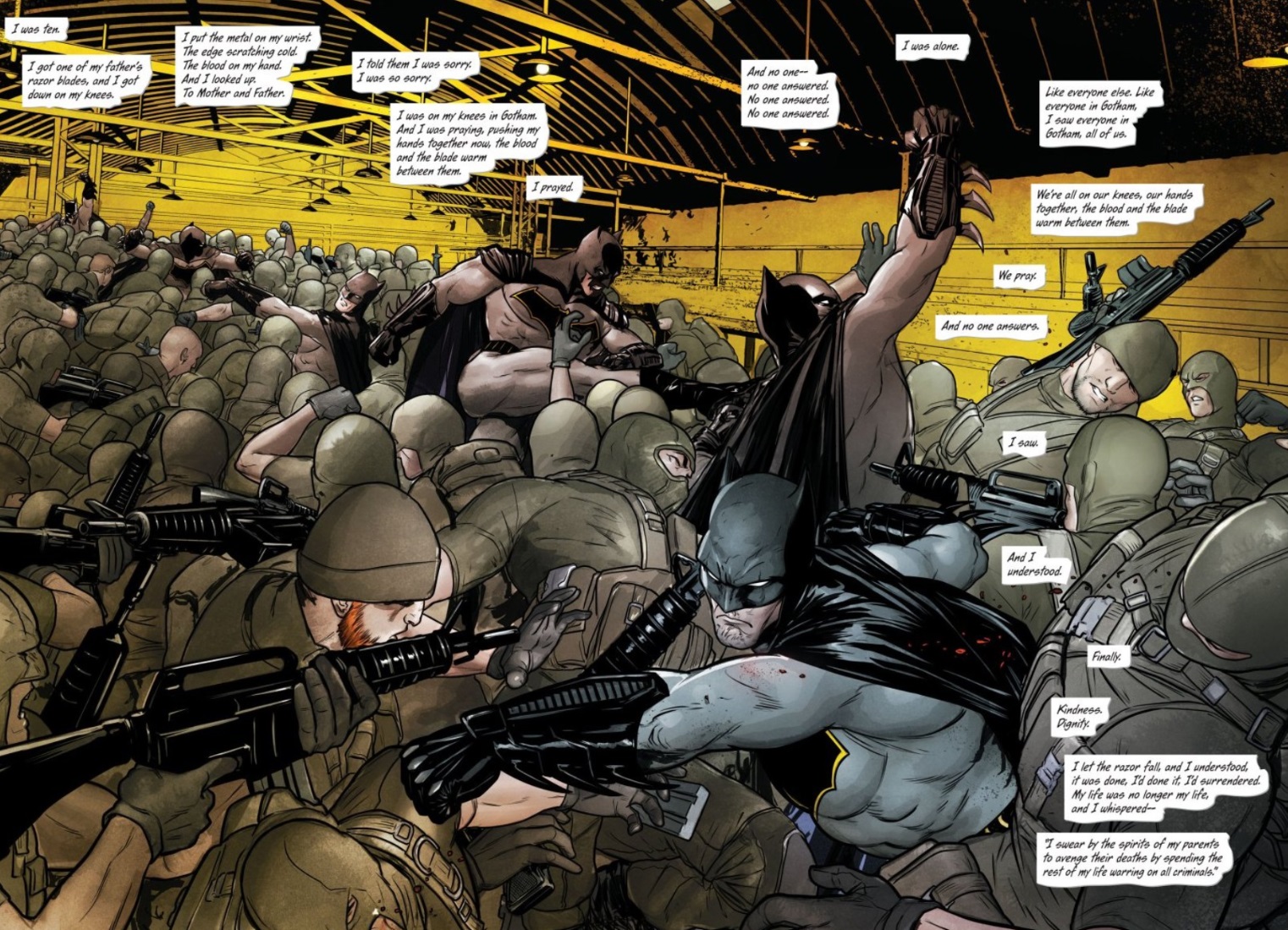 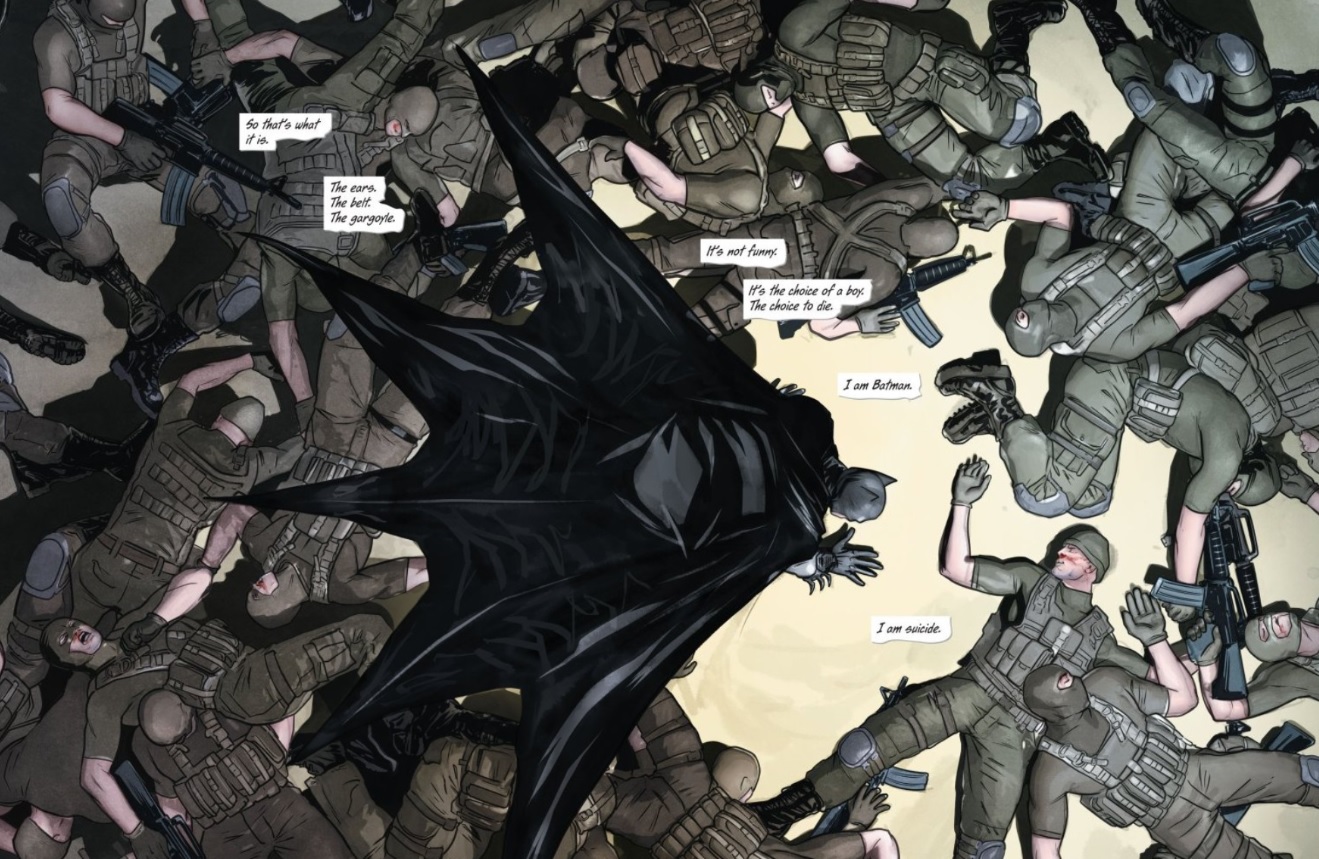 The entire story-arc is outstanding and at times even uncomfortable to read. This might be some of the best writing that gets real true emotions out of Bruce as Batman that we’ve seen in a while. But it gets even better. In I Am Bane, King shows us how Bruce and Bane are both similar in how the tragic loss of parents shaped their young lives but also how they each grew up to learn different lessons and goals. It’s an interesting view into how Bruce and Bane inevitable got set on a collision course with each other. I thought this was the best examination of what motivates Bane since Vengeance of Bane/Bane of the Demon. 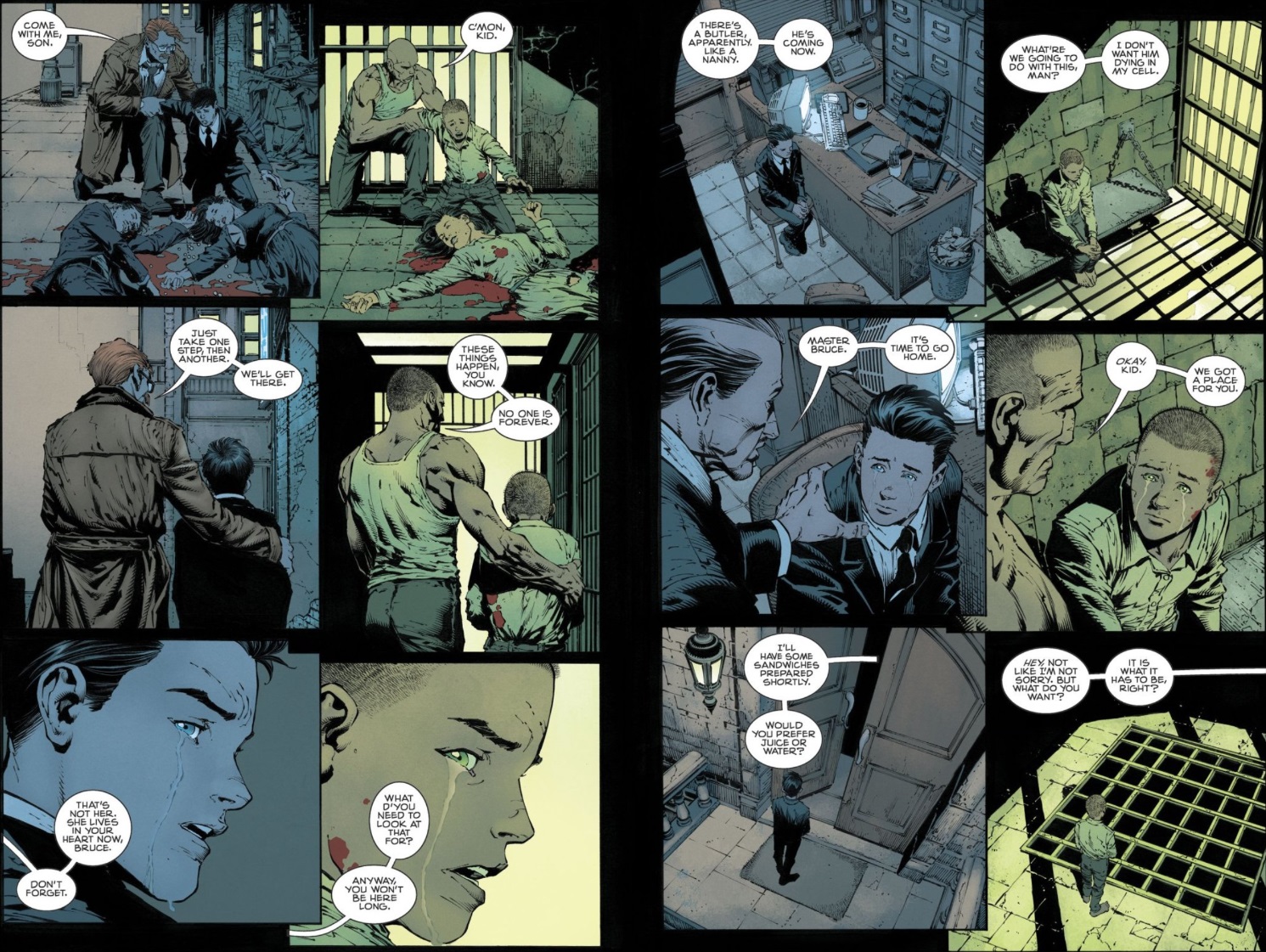 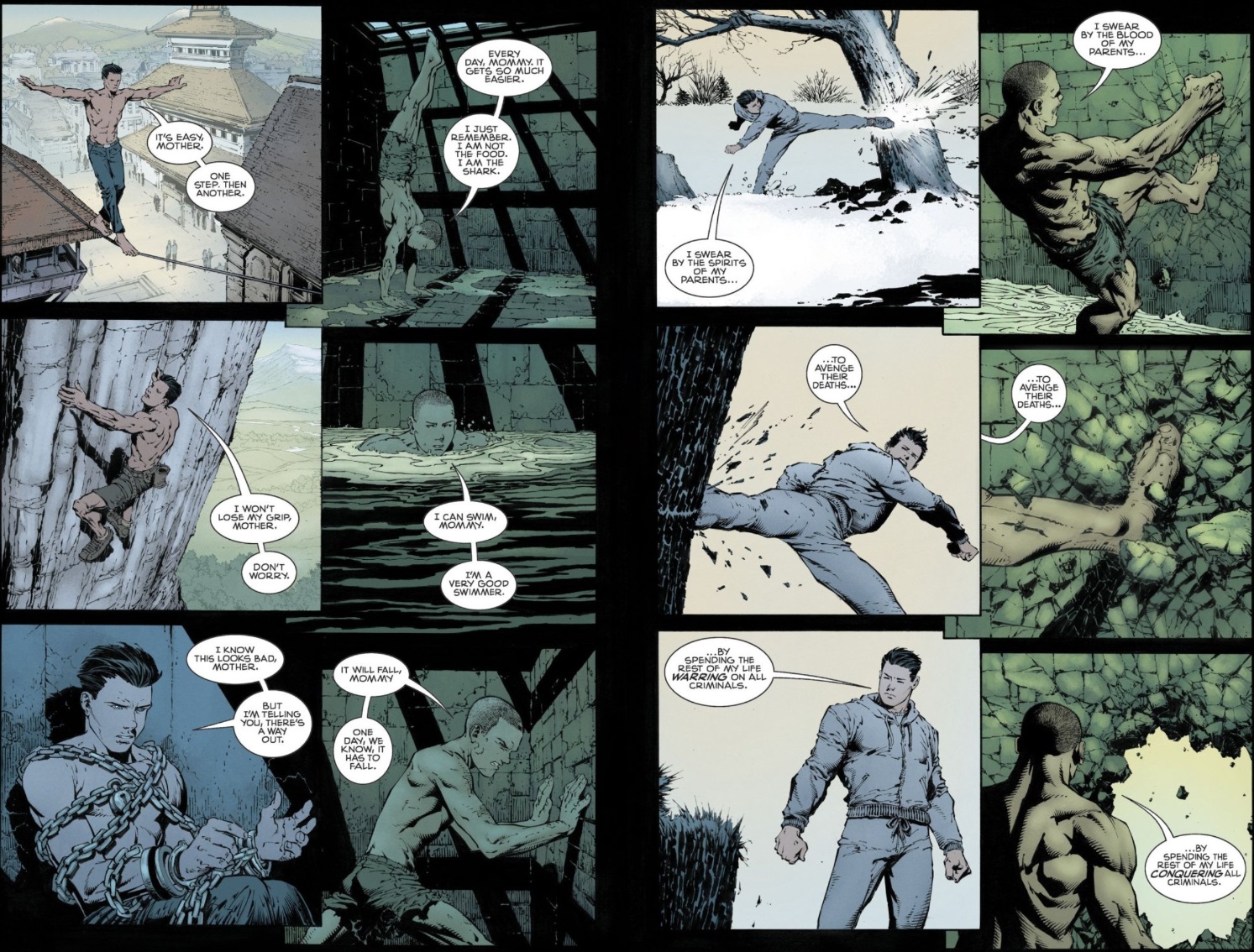 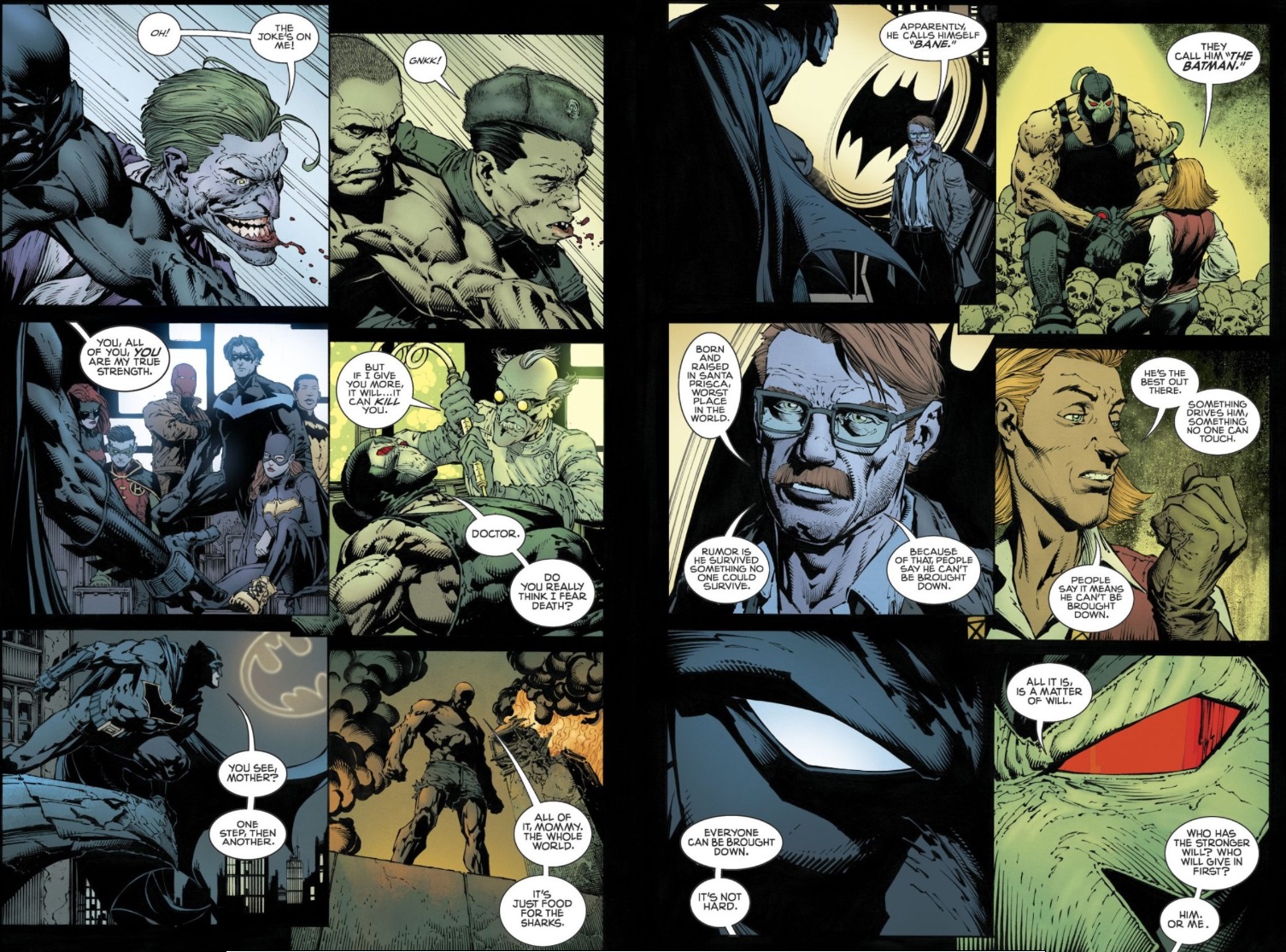 Then there’s The Button, the crossover with The Flash involving Bruce and Barry investigating the Watchmen button left in the batcave. While this short 4-issue crossover answers a few questions (while presenting way more) about the involvement of Dr Manhattan being behind the erasure of DC history, it’s the small moments that both Tom King and Joshua Williamson write in that make this crossover. From Batman taking on Eobard Thawn in 9-grid panels that span a minute-long fight

To Bruce fighting alongside his father Thomas Wayne, the Batman of Flashpoint

There’s just so much to enjoy and take in and it all makes me super excited for Geoff Johns’ Doomsday Clock coming out in November.

Bottom line, If you’re not reading Tom King’s Batman, you need to be. It’s a fantastic read. You can hear Kriss & Dpalm talk about Tom King’s run on Batman as well as The Button in more detail on the Super Tuesday Recap below.

Get Your Favorite Shows on Amazon