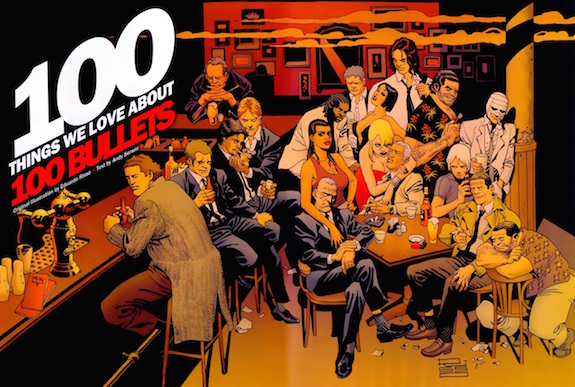 In the first move since taking oversight of DC Entertainment’s Vertigo comics line from corporate sibling Warner Bros., New Line is developing an adaptation of the acclaimed comic by Brian Azzarello and Eduardo Risso.

Hardy, who played villain Bane in The Dark Knight Rises as well as starred in this summer’s Mad Max: Fury Road, is on board to produce the adaptation with an eye to star. He will produce with Dean Baker via the duo’s Hardy Son & Baker production shingle.

The project is already down the line in development, having a script by Chris Borrelli, whose credits include the recent supernatural horror movie The Vatican Tapes. SOURCE

I was a bit sad when scheduling conflicts kept Tom Hardy out of Suicide Squad but I knew it wouldn't be his last chance to be back in a comic book movie.  I'm not at all familiar with the book itself but it will be on my radar now.