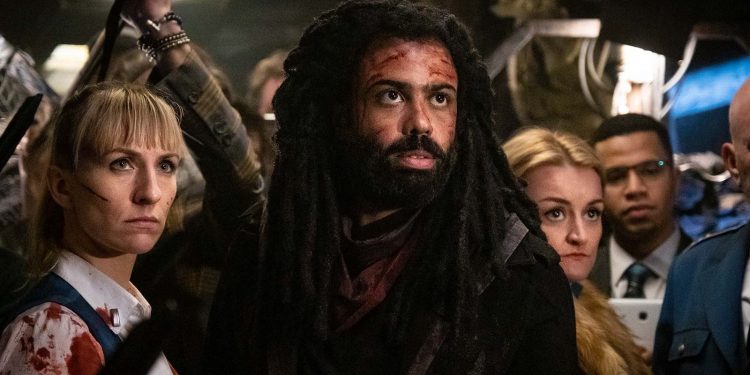 Let's call him Andre "Starlord" Layton at this point because he's leading a revolution and has about 12% of a plan. We get that he never  really wanted to lead a revolution and like Pike said, he doesn't really have the stomach for prolonged conflict. Layton does what many revolutionaries do which is win the day but quickly realize the weight of what that means.

We really did enjoy this first season of Snowpiercer. The show did a great job of balancing the class issues while also showing some of the impossible decisions that Melanie had to make. It doesn't claim that she's right, quite opposite. But it also shows how someone with good intentions can pave the road to hell. This season also does a good job of showing how its possible for the really dystopian views on the train from the movie could get to that point. There aren't any really good decisions being made here but that also seems to be the point. Like when Melanie makes Layton have to make the decision to sacrifice a few of the revolutionaries from the tail to save everyone on the train. Layton now has the train but that also means he has all the responsibility and its going to be interesting seeing how he shoulders it (spoiler alert: Not well). But we don't get that much time to think about that as it seems that maybe the real Mr. Wilford isn't as dead as everyone thinks and might now be in control. We can't wait to see what happens in season 2.