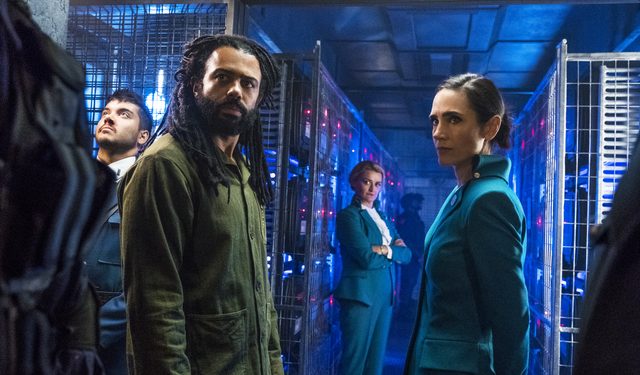 "Snowpiercer:" A Procedural Gateway to 1001 Cars

Just as in Bong Joon-Ho's feature lengthy film "Snowpiercer," the new TNT series takes place aboard the Great Ark Train in perpetual motion around a globe frozen in the second Ice Age. The survivors are seven years into their trek into the future. The rigid class system, so brutally authoritarian in the film, exists beneath a glossy sheen of orderliness. 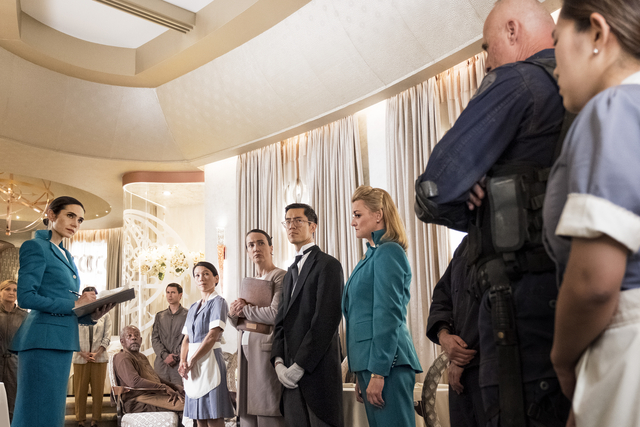 But, beneath the surface, the rumblings of revolution, from the tail, are growing louder as train operations begin to strain under catastrophic set backs. To make matters worse, there's been a murder.

This may seem like a far cry from Joon-Ho's grimy allegory about class but that's only true if you've never stop to ask, how did the conditions on the train get to such a brutal point. Once you do, then this step back in time makes sense and ups the tension to a whole new level.

The Weather May Have Changed, But People Didn't

As a way to introduce life on the Great Ark, the flow and dynamics between the classes and among the stowaways living in the tail of the train, as well as the challenges of sustaining life in a closed ecosystem, a murder in need of solving isn't a bad choice. It creates a logical opening into a complex world built on dirty politics.

The head of hospitality, Melanie Cavill (Jennifer Connelly) calls on the last surviving homicide detective Andre Layton (Daveed Diggs) to solve the murder threatening to force the bubbling unrest to the surface.

There's just one problem with her choice, Andre lives in the tail and is the head of the brewing rebellion. 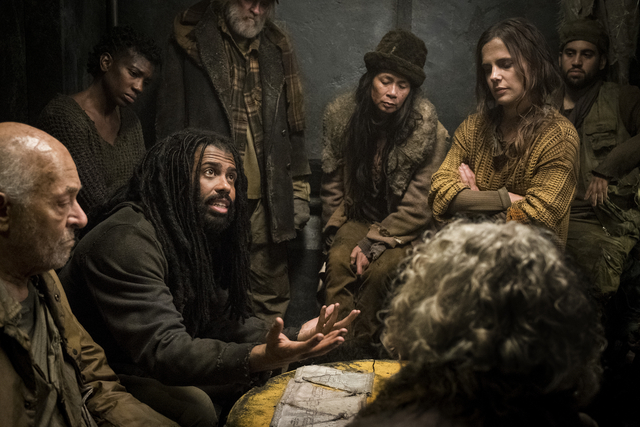 Layton swiftly realizes he's this investigation puts him in a position to not only see more of the train that anyone else from the tail but try to capitalize on tension between the classes and build strategic relationships the rebellion needs.

Story Within A Story

While Layton's making his moves, Melanie's intent on keeping the train's inhabitants turned firmly on what she wants. The class divide plays out to create a different kind of drama. In this lux world there's excitement, danger, and twisted machinations intertwine. It's also where this series deviates from it's film roots.

If you're familiar with show-runner Graeme Manson (Orphan Black) then you know he's never just talking on one level. So, you can take it as read that this seemingly straightforward police procedural isn't anything so uncomplicated.

Taking advantage of the vivid production design to turn the train into a ever-evolving character critical to the plot, the serialized "Snowpiercer" builds on the strength of this dynamic universe to best leverage some of the themes from the original graphic novel  Le Transperceneige to create a ten-episode slow-building thrill ride.

Settle in for secrets, lies, violence, betrayal, and twisted relationships certain to push things to a tipping point before it's all over.

By the end of episode four (and the first full story arc) murder mystery "Snowpiercer" viewers will be primed. There's a murderer set to go to trial and third class workers demanding equal representation.

Things are just getting started and order may not survive a murder trail.

A Show Worth Discussing

If you're a premium subscriber of the MTR Network, the crew's recent re-watch discussion makes it clear, we're are fans of "Snowpiercer." So it's hardly a surprise we're re-caping the series.

TNT's Snowpiercer launched on May 17, 2020. While the plot and paced would've been best served by a two-hour premiere, this show's definitely worth watching.

Listen in as we discuss the series introduction and story arc that unfolds in episodes one through four.