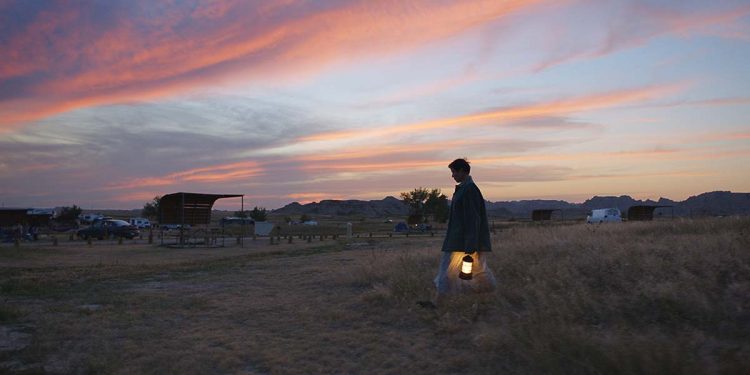 If there was any doubt if Marvel’s The Eternals was in good hands with Chloé Zhao at the helm then Nomadland should be all the evidence you need. Nomadland is a slow burn, but the journey it takes the audience is worth it. This is a gorgeous, well-acted film but it might actually be too subtle with some of the themes for the average viewer.

The film follows Fern (Frances McDormand), a widow who has settled into a nomad lifestyle living out of her van as she follows seasonal work throughout the midwest. McDormand plays Fern in typical McDormand fashion and it works extremely well here. Not only is Fern dealing (or rather not dealing) with the loss of her husband but also the loss of her  entire way of living. When the factory in her town went out of business, so did the town (even losing its zip code). Fern has all that remains of her life left in a storage unit and her utility van that she lives out of as she travels from seasonal job to seasonal job. McDormand really captures Fern's internal struggles as someone who can't completely let  go of her past but also doesn't want to ask for help or seem dependent on others (even her remaining family). 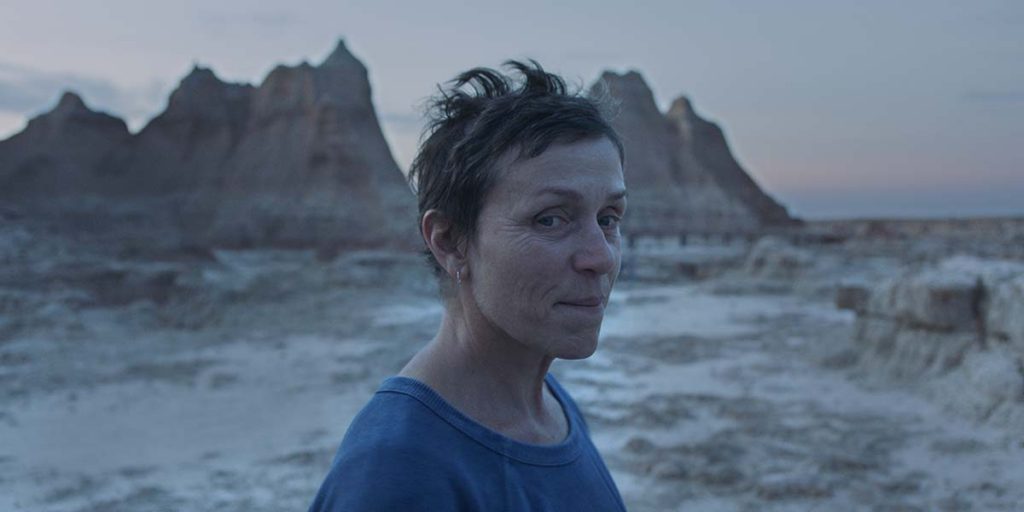 This film also explores several reasons why so many live the nomad life. This film does a good job of telling those stories or rather, making the audience aware of these through the other people Fern interacts with. It  really comes down to some people choosing the life while other are forced. Some have sold everything they own and decide to live on their own terms. Others are forced into this life due to their economic situation.

And that distinction between choice and being forced are where some of my issues with the film surface. There are times when I wish this film hit a bit  harder. Sometimes it feels as though when Nomadland peels back the layers on what happens with these forgotten towns in America, it doesn’t completely go down the path.

Nevertheless this  is a solid, well-made film. It's no real fault of the film that I wanted more from it, if anything it's a sign that it did it's job. While fiction, there's a lot of truth and reality in it and if at the end it made me want more and ask more questions, then it's done its job as a film.