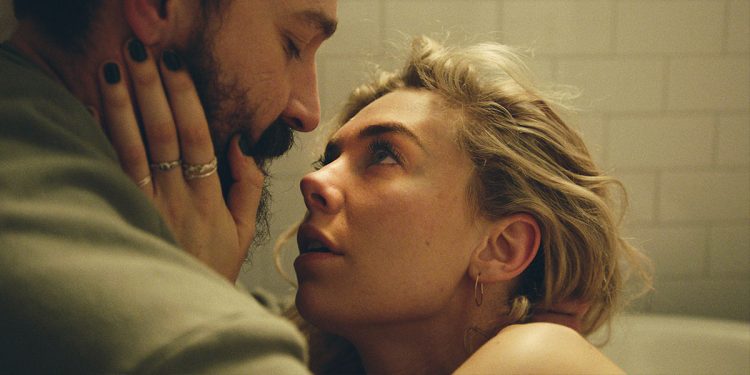 The first 25 minutes of Pieces of a Woman should be enough to tell you that you’re  not prepared for the emotional toll of this movie. It should absolutely come with a trigger warning but at the same time  is a must watch. At first this film seems like it’s about loss and grieving after Martha (Vanessa Kirby) and Sean (Shia LaBeouf) lose their child after a difficult  home birth. However, what director Kornél Mundruczó and writer Kata Wéber really do is tell the story of how society dictates to women how they should feel and behave. This film really exposes how selfish people can be even when it appears (even to themselves) that they're being selfless. Losing a child is a tragic, heartbreaking experience for parents. But only one of those parents carried the baby inside their own body and that's the reality we have to life with. A woman who loses a child should be able to grieve (or not) how they want and shouldn't have to shoulder the emotional baggage of everyone else's grief and expectations.

Pieces of a Woman works because of the two leads in the film, Shia LaBeouf and Vanessa Kirby. As I said in my capsule review, I want someone to give Shia LeBeouf a hug. I'm worried about him. Although maybe I shouldn't because he's come such a long way. From screaming "OPTIMUS!!!!" every 2 seconds in those terrible Michael  Bay Transformers films to that weird stretch as a battle rapper, he’s had some rough patches. But with Honey Boy, The Peanut Butter Falcon and now Pieces of a Woman, he’s put together not only the 3 best performances of his career, but three roles that at least put him in the conversation during Oscar season. We can make all the jokes we want but LeBeouf has more than proven that he's a damn good actor. To be honest, part of my concern for his well being comes from the fact that he plays these roles so damn well,  I start to question if he's even acting. When it's hard to discern where the fictional character begins and where the real person is, particularly when its different roles with their own  unique traits and quirks, then it's safe to say, that's some damn fine acting.

But the real  star of Pieces of a Woman is Vanessa Kirby. LeBeouf  puts in a great performance but this is Kirby's movie. Whatever your feelings about Pieces of a Woman are, the one thing that should be agreed upon is that Vanessa Kirby is absolutely fantastic in this film. If you weren’t a fan of Kirby before, you should leave this film as one. I’ve seen some reviews that suggest that Kirby didn’t really connect because at times she felt too stoic and emotionally detached. The irony of that is how meta that critique is. Martha spends most of the film having to defend herself from her mother and husband who think she’s not showing enough emotion after what happened and therefore must need their help  or that something is wrong with her. To complain that Kirby isn’t showing enough (or the correct emotional reaction) as Martha really does miss the whole point the film is trying to make.

Pieces of a Woman was one of my favorites of TIFF 2020, coming in second to One Night In Miami. It's a film that will definitely generate more conversations as more people see it. Netflix picked this up to distribute which makes sense. This film fits well in the conversation like Marriage Story did and is definitely worth checking out.