TIFF 2020: ‘One Night in Miami’ Proves There’s Nothing Regina King Can’t Do 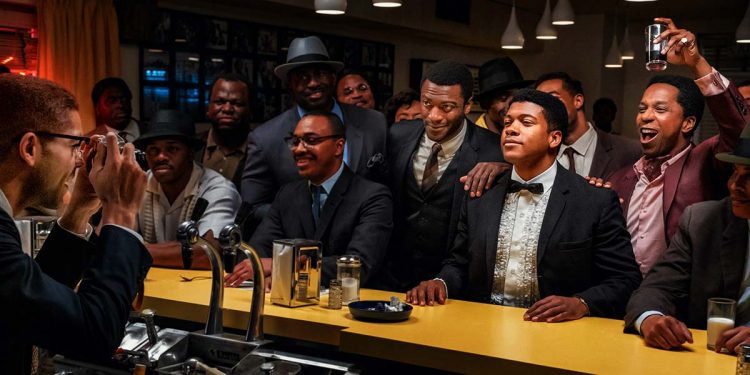 Kriss9
Ro9.5
Regina King continues to prove there's nothing she can't do. One Night in Miami is thoughtful, fun, engaging and relevant to the fight for civil rights today
9.3

Is there anything that Regina King can’t do? She’s been a versatile actress for 35 years that has always impressed. I could have a heated argument with myself over what my favorite Regina King role is (Her role as Detective Lydia Adams on the criminally underrated Southland is always going to be up there). It’s nice to see her finally get her due. On top of her acting she’s also apparently a vampire that hasn’t aged at all.  Her and  Paul Rudd  drink from the same fountain of youth.  So when I saw she was trying her hand at directing a feature length film, I  had no doubt that she could pull it off and was not disappointed  with the result.

For a directorial debut, One Night in Miami is pretty ambitious project. Adapting a play into a movie is always a bit difficult and doing it for  your first feature film is even harder. But King along with writer Kemp Powers  really pull this film together and make it very engaging. One Night in Miami is the fictionalized tale of the convergence of four black icons in Miami in the height of the civil  rights movement. The film has Malcom X (Kingsley Ben-Adir), Cassius Clay(Eli Goree), Sam Cooke (Leslie Odom Jr) and Jim  Brown (Aldis Hodge) meeting up right  after Clay won the heavyweight championship. Each man is facing a crossroad in their career and how they reconcile their career with the civil rights fight for rights Black people (and themselves) are facing. While this fictionalized “meeting of the minds) didn’t happen, it’s also not too far fetched to think that each of these men had similar conversations (albeit maybe not with each other) with others at some point.

Anytime there is a film based on a play, a key part in the success is the acting and One Night in Miami is no exception. As I mentioned in my early capsule review, Aldis Hodge is criminally underrated. He’s racked up a series of roles recently that really make me hope that he gets the really big role next. Leslie Odom Jr  is another one of these supremely talented Black actors instantly commands the screen whenever he appears. It's funny. Leslie Odom Jr is one of those actors that everyone recognizes and seems to be in everything, yet still seems like he's not given enough roles. Part of that could be that any time he's on screen is never enough and you just want more. Honestly, One Night In Miami could be the jumping off point for a Sam Cooke bio film with Leslie Odom Jr as Cooke and I wouldn't be mad at all.

What really makes this film work though are the two actors playing Malcom X and Cassius Clay. King uses the talent of Odom Jr and Hodge to give support to Kingsley Ben-Adir and  Eli Goree who are less well known yet knock out the roles of Malcolm X and Cassius Clay with ease. There are several times when Goree goes on one of those infamous Muhammad Ali ad libs and you'll find yourself hitting rewind because it sounds so much like Ali. Ben-Adir also is fantastic as Malcolm X. He presents a more vulnerable and measured character than I think most people would associate with their idea of Malcolm X but feels natural.

All together this cast makes this film not only insightful but relevant to today. The conversations between  this men, while fiction, feels like the conversations they would have had and directly represent some of the conversations we have today about the movement and fight for Black lives and rights. King does a great job of depicting the various opinions of these men as all valid and doesn't necessarily take a side. In today's world where there's so much infighting and debate on the "right way" to fight for rights, I think it is important that One Night in Miami takes the stance that everyone might not agree on the exact method but the sum of the parts is what matters.

Amazon Studios picked up One Night in Miami so it should be hitting the screens soon (just in time for award season). When it does, audiences shouldn’t hesitate to give this film a  watch. They won’t be disappointed.