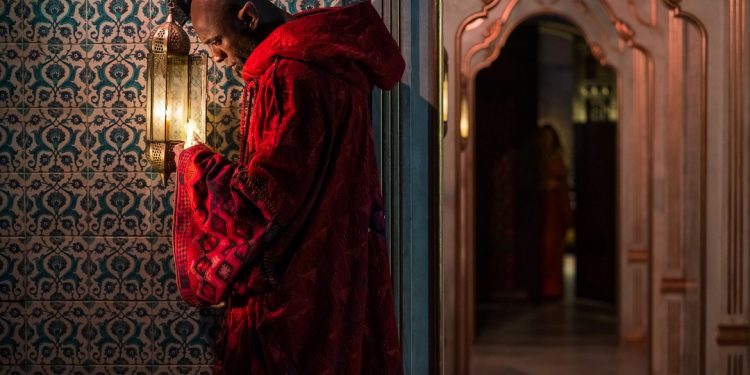 Ro6.5
Three Thousand Years of Longing offers an enticing fable and incisive, if imperfect, meditation on the nature of love, need, passion, betrayal, hope and freedom.
6.5

A.S. Byatt’s short story, The Djinn In the Nightingale's Eye is a lyrical tale about being enamored with fantastical, mystical and the very nature of storytelling. Byatt weaves folklore, narrative strategy, a razor-sharp awareness of reality and intrusive flights of nightmare and fancy to build a fairytale about a whimsical woman narratologist (the study of narratives) and her encounter with a creature of myth, a djinn. The titular short story in an anthology of five, The Djinn In the Nightingale's Eye is a dense work that blends the magical and mundane in ways that practically beg for adaptation into a visual medium.

Needless to say, I was immediately drawn in when Australian director George Miller’s (Mad Max: Fury Road) announced his intention to finally tackle the project after years of thinking about it. It's not like he hasn’t proven adept at telling unwieldy adventures with a keen eye and insane commitment to visually stunning set designs, kinetic action, and smartly cast characters. The final result, Three Thousand Years of Longing offers an enticing fable and incisive, if imperfect, meditation on the nature of love, need, passion, betrayal, hope and freedom. 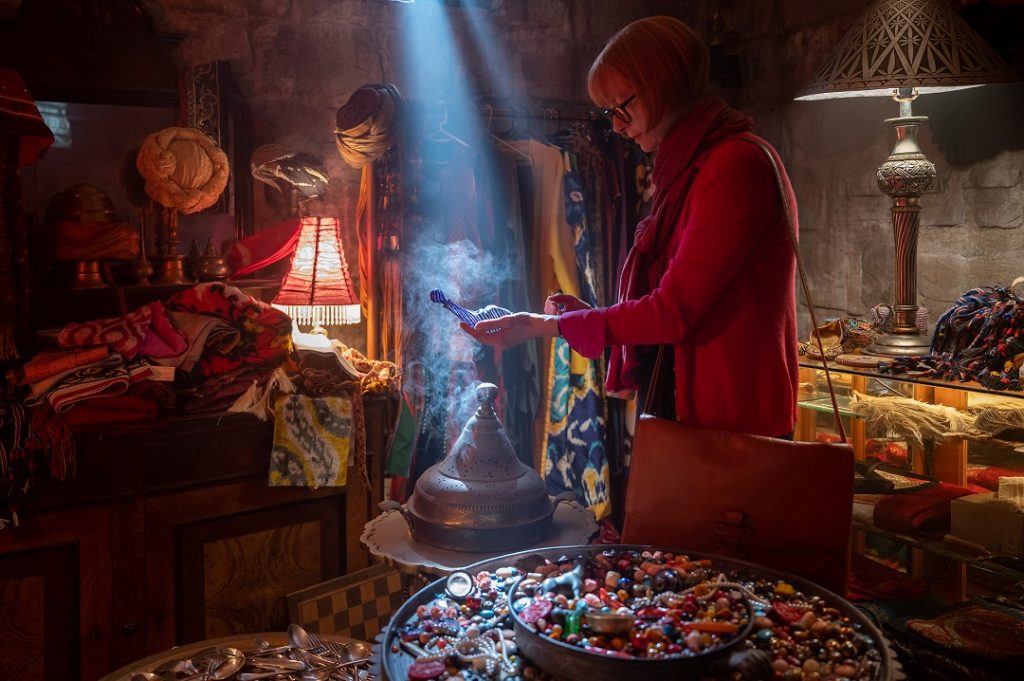 Miller’s adaptation follows Alithea Binnie (Tilda Swinton), a middle-aged divorcee and narratologist as she travels to Istanbul for a conference. Slated to give a dual presentation with an old friend this slightly standoffish scholar blossoms when discussing the nature and purpose of myth in a world saturated with scientific explanation. Alithea chooses a glass trinket as a souvenir and accidently unleashes the Djinn (Idris Elba) trapped inside while cleaning it. What follows is a tale that makes the most of Elba's laconic wit and verve to weave rich and enthralling story of days past. There's action, adventure, trials and tribulations. Each successive vignette (there are three) more richly drawn and engaging than the last. But some woefully disjointed character (under) development leaves its contemporary elements feeling out of step.

Aside from its use of fairy tales and fables, a significant part of what makes The Djinn In the Nightingale's Eye work is its frequent birds-eye perspective on its characters. Miller's (and Gore) script shifts the storyline point of view. Now Alithea is the narrator. Her first act is to tell the audience that what follows is a true story but shared as a fairytale so people would be more inclined to listen. It’s a clever deviation from the winding strategy Batt uses to introduce her lead. But, when the point of the story is the telling of that story it’s crucial for viewers to care about the experience of the story’s primary narrator. And not far into the first act, it's inescapably apparent Alithea's story arc is missing some crucial pieces.  Miller cut too deep when compiling her core motivations, personality traits, and life experiences from the source material. So, although ably portrayed by Swinton, there just aren’t enough depth to build the necessary, consistent, investment in her part of the story. There's too much implied or left unexplained about this woman and the present day portions begin to feel uneven, intrusive or rushed.

Despite, Miller and Gore’s script choices falling short of the mark in terms of creating the same sense of enchantment in the present day portion of the story, Three Thousand Years of Longing is still a grand adventure full of captivating glimpses into the life and lamentations of a djinn that's well worth seeing for yourself.

Listen in as Ro discusses (spoiler-free) a few of the film's successes and missteps with Kriss.