Telltale Games has released the SDCC trailer for Season 4 of the Walking Dead, the final season of their hit series. I don't know about you but I'm not ready for the end of this series. We've grown so attached to little Clementine and I'm not ready for her possible death (or any more hardship to be honest).  It looks like her and AJ are going to have a lot to go through.

One thing that stood out in this trailer were the visuals. They've come a long way from The Walking Dead Season 1. The graphics seem smooth and I'm really excited to see what else Telltale has in store.

What do you think of the trailer? Are you looking forward to this last season? On a scale of 1 to 10, with 1 being how you felt about Kenny and 10 how your world was crushed when Lee died, how fucked up do you think this final season will be? 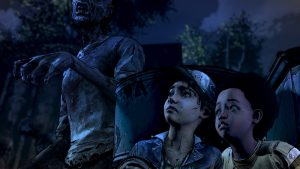 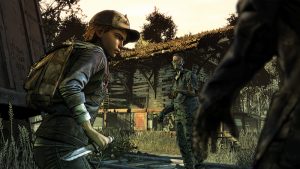 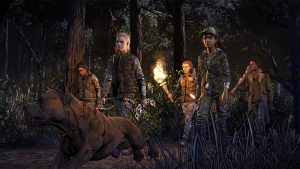 Clementine, now a fierce and capable survivor, has reached the final chapter in her journey. After years on the road facing threats both living and dead, a secluded school might finally be her chance for a home. But protecting it will mean sacrifice. Clem must build a life and become a leader while still watching over AJ, an orphaned boy and the closest thing to family she has left. In this gripping, emotional final season, you will define your relationships, fight the undead, and determine how Clementine's story ends.

SAN RAFAEL, Calif., July 18th, 2018 -- Leading publisher of digital entertainment Telltale Games and Robert Kirkman's Skybound Entertainment today launched the second trailer for The Walking Dead: The Final Season, providing a new glimpse of the upcoming season premiere. You can download the trailer now by following the links above. Telltale also announced plans to conduct a live gameplay demo at San Diego Comic-Con on Thursday, July 19. Footage of the demo will post on
youtube.com/telltalegames at 8 a.m. Pacific Time on Friday, July 20.
Episode one of The Final Season will be available for download starting August 14, 2018 on PC, PlayStation 4, and Xbox One across all regions. The Final Season will also come to Nintendo Switch later this year. The game is currently available for pre-order on PC, PS4, and Xbox One for $19.99.
All players who pre-order The Final Season will receive download access to each of the season's four episodes as they become available. Players who pre-order on PS4 and Xbox One will also receive immediate access to The Walking Dead: The Telltale Series Collection, which gathers all 19 existing episodes of the award-winning series into a single package.
PC players who pre-order on Steam, GOG, GamersGate, or the Humble Store will receive 10% off the full retail price. Win10 pre-orders through the Microsoft Store will unlock season one of The Walking Dead: A Telltale Games Series. All pre-order offers expire August 14.