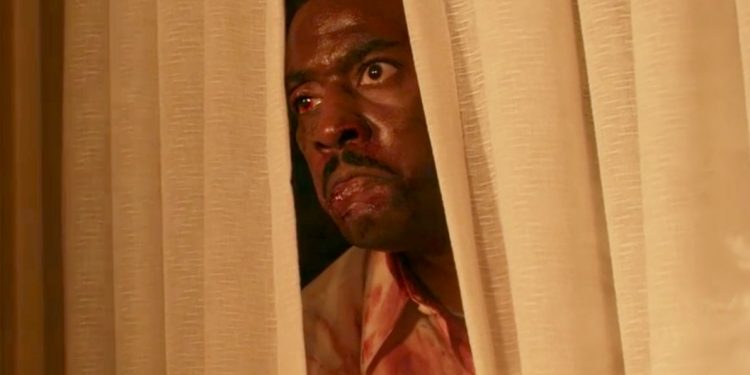 It's never taken Ro & Kriss this long to finish a 10 episode series that was dropped all at once before. It's taken us almost 2 months for us to finish the Amazon Prime Series, THEM and none of the reasons why are good. Since the beginning we've felt that this series was insulting and the final 4 episodes just solidify that.

THEM is one of those series that you're supposed to like as a Black person. It has a talented Black cast (a talented cast over all to be honest), a subject matter that tackles some of the very real and racist historical realities that Black Americans have faced in our past and as icing on the cake, jumps into the horror genre (or at least it was supposed to). The reality is, this was a series that clearly focused on aesthetics only and said "damn the story we're trying to tell." Nothing highlights that more than the final 4 episodes. Episodes 7 to 10 of THEM might be the most unsatisfying, disjointed and pointless episodes to end a series ever.

We spent most of the series wondering when they were going to give any kind of background or even attention to the supernatural horror elements they were trying to use (lifted unceremoniously from other, better horror films/shows). We finally get that answer in episode 9 with an out-of-place and weak flashback episode that tries to explain the history and horror behind what the Emory's are experiencing. Of course we never know if what they're experiencing is supernatural or really because both Henry and Lucky are BATSHIT INSANE and need therapy. Hell, the entire family needs therapy. Instead the show just tries to cheaply explain it away with the supernatural that they spent no time building up.

There are plenty of other things wrong with this series. How do you take Alison Pill's Betty off the board by involving her in a storyline that ends up having no real bearing on the overall story? How do you just so carelessly throw away one of your best antagonists like that? Shouldn't be too surprising though as the female characters on this show had no real favors done for them throughout the entire series.

THEM season 1 was pathetic. It wasted a really good cast and the potential for a good story. Knowing that this anthology is coming back for another season, one can only hope they learn from their mistakes and do better.