Them Season 1 Episodes 1 to 3 Review: A Great Cast But Bad Story 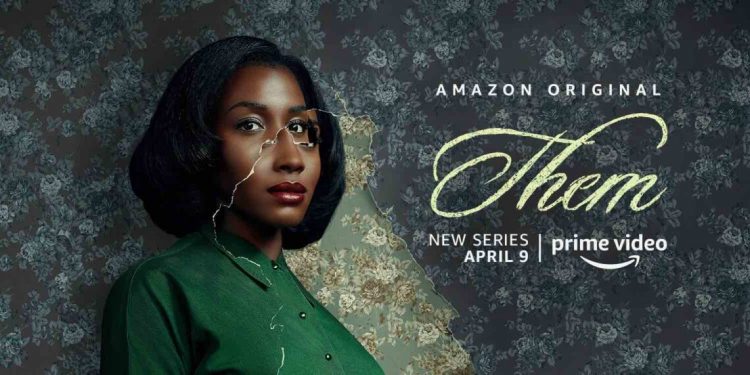 On the surface, the new series THEM on Amazon Prime Video seems to fall into line with the emergence of Black-centered horror films and TV series. Over the last few years we've seen Black-centered horror enter more into the mainstream. Some might think that this is new, but Black-centered horror has always existed, it just never got the attention it deserved. With films like Get Out, Us and Candyman as well as TV series like Lovecraft Country, it seems as if general audiences (both Black & non-Black) are seeing the appeal of these stories in the hands of Black creators. That's the backdrop onto which creator Little Marvin's THEM is being presented. It's also why it's hard to admit that after the first three episodes, THEM just doesn't live up to the expectations.

THEM follows the Emory family, a Black family who is moving from North Carolina after a tragic and violent incident with white racists to an all-white community in Compton, California. As they try to get settled in they have to contend with their racist white neighbors who don't want them there and a supernatural entity lingers in the home.

What at least holds THEM together as something watchable is the cast. Deborah Ayorinde and Ashley Thomas play Lucky Emory and Henry Emory and they play their parts brilliantly. Both Lucky and Henry are characters that have suffered tremendous suffering and tragedy and Ayorinde and Thomas play that perfectly. Their performances are so good at times they're the only thing keeping you distracted from all the ridiculousness of the story. Alison Pill is also coming dangerously close to that moment when a white person plays a racist so well you start looking at them differently in real life. Her Betty Wendell is diabolically racist and petty and exactly what you'd think a racist white housewife living in California would be like.

The biggest problem with THEM is that unlike the films and TV series it will inevitably be compared to, THEM feels like it was written for white people using Black trauma. At times it feels as if there's more interest in seeing a Black family dealing with racism than establishing anything else in the show. There's also the fact that a lot of the set up feels inauthentic and completely manufactured to up the trauma. Yes, the NAACP did strategically send Black families test Civil Rights laws and integrate into all-white communities. No they would never send a family that's as unstable as the Emory's to do such a thing, especially after the traumas both Lucky and Henry have suffered. It's also hard to believe that Henry would not tell his wife that they were moving into an all-white neighborhood that literally had "no one of Negro blood shall live here" in their bylaws. They also would not be sent out to do this with zero support system. And this is what makes THEM so frustrating. It's almost as if what someone took from watching Us, Get Out, Lovecraft Country, etc was that Black trauma is the point which means they missed the point entirely.

Premium Members can listen to our spoiler review below. We're going to be giving this full season a chance and hopefully it will change our minds and get better. We'll be doing this 3 episodes at a time so stay tuned.