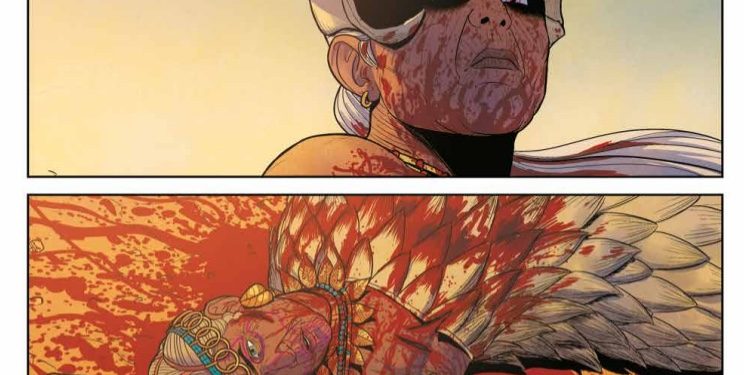 As WicDiv comes to a close, the revelations have come fast and furious. This issue was like walking through a haunted house, every page turn was a new corner with a revelation hiding behind it.

For the audience, the truth is illuminated but Minananke continues to hide her true self in front of her fellow gods. Baal is off licking his wounds about Persephone's disappearance while Baph mourns the Morrigan. Urdr and her sisters still remain locked up while Woden is using his new Valkyries (a sycophantic group of wannabe gods) to track down Persephone and bring her in. Despite having all the potential heads she needs to complete her ritual, Minerva is desperate to find Persephone and flashbacks to 4000 B.C. reveal why. 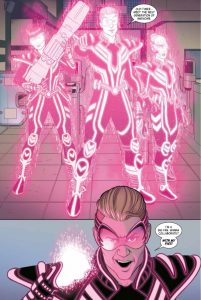 Woden's minions might be more arrogant than him. That is a feat.

Gillen is the master at holding back just enough to keep his audience guessing and of course the set up of this game between Ananke and her sister had one last rule. As she is dying, Ananke's sister lays out the final rule: If her god has a child, the cycle is broken. Since she claimed the mother and Ananke claimed maiden and crone, her child would become the maiden and break the cycle and a great darkness will claim Ananke.

The Con of the Centuries

I gasped. I legit gasped. The end is in sight, Persephone is pregnant, and for the first time in 6000 years (that we know of), the game has the potential to end and Persephone's surprise pregnancy might bear more than fruit. It might be the end of 6000 years of carnage and turmoil.

Persephone tries to get to the Underground

And just when you've finished gasping with surprise, Woden's Valkyrie's find a newly shaven, bedraggled Persephone who reveals that she just had an abortion. Are you freaking out yet? 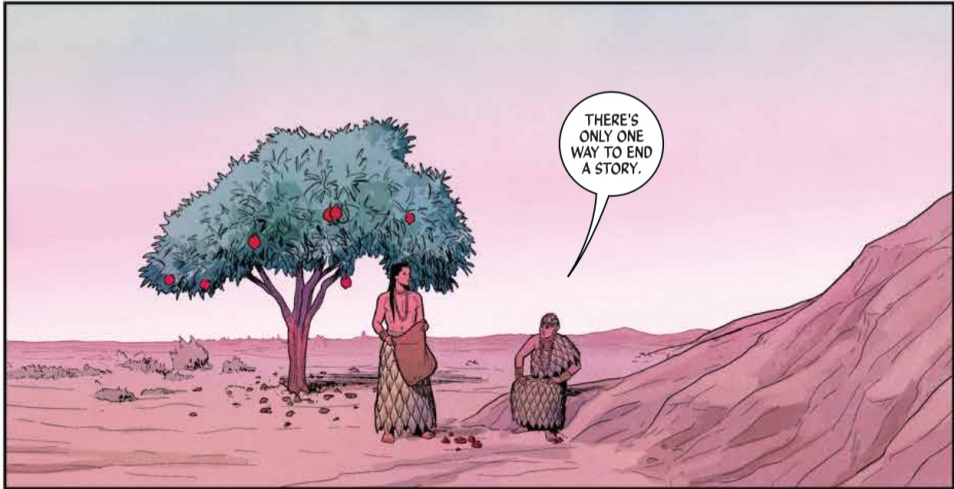 This fucking issue was a rollercoaster of emotions because just when you think you're done internally screaming at Persephone for aborting her baby, there's one more flashback. This time, Ananke's sister and the young man she was fleeing with are talking about their imminent face-off and the older woman reveals that she has a plan. She's going to tell Ananke about the pregnancy breaking the cycle as a red herring. She says that she hopes one of the future gods finds out the real way to break the cycle and that maybe it will take a 1000 years but she has faith in humanity (see that's where she fucked up). 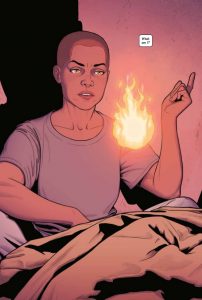 Persephone is having deep thoughts

As this arc concludes, Persephone sits alone in her apartment. Childless, seemingly friendless, and she's given up her godhood. She doesn't know who or what she is anymore. And maybe the answer to that question is the real path to breaking the cycle.

I hope that Gillen doesn't have the same faith in us to figure this all out. I'm just waiting for him to tell me what's going to truly end this story but I have a feeling he's going to keep us guessing until the end.

In two weeks, WicDiv returns with another one-shot set in 1373 with art by Ryan Kelly. It has a distinctly Catholic theme so be ready for all the angst.