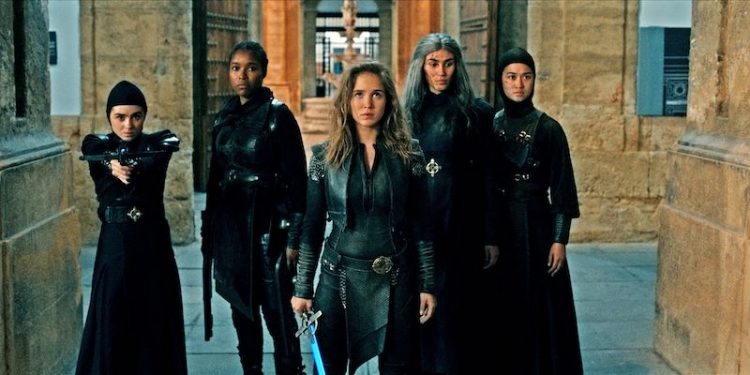 Netflix has done it again.

No, it's not that they've given us an amazing series to talk about. It's that after putting out a well reviewed, heavily talked about and watched movie (The Old Guard), they used it to push some mediocrity out on its coat tails. First there was Project Power, something that had a lot of potential but fell flat. And then there was the 10 episode slog that is The Warrior Nun Season 1.

Where to begin? First, this serious focuses on the wrong characters. We tried but we just couldn't care about Ava. Part of that is this show does that thing where the white character lucks up on some gift that makes them the chosen one, when the characters of color that are the real badasses (Mary and Beatrice) are left doing all the heavy lifting. Really getting tired of that.

Also, this show really doesn't pick up until about episode 6. Which is frustrating when you consider it's 10 episodes long.

And then there's that ending. What the hell was that? It's like they were going to commercial break and just decided to stop the season. smh. This was an infuriating watch.