The Two Popes Only Gets To The Surface Of The Cloth 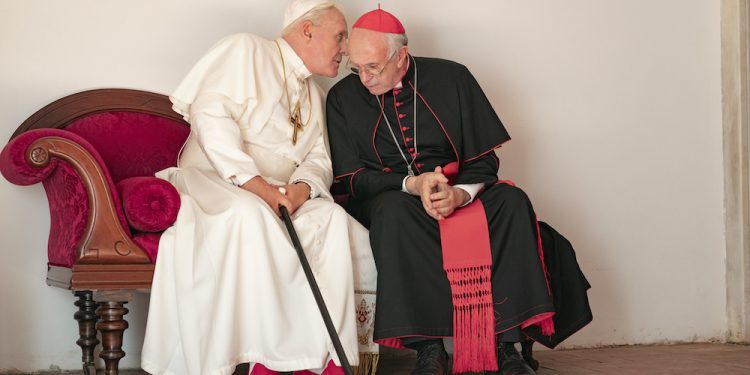 The Two Popes7.5
The Two Popes have standout performances from their title characters. But without transparency on how the church failed to protect victims, we don’t get beneath the robes, only on the surface of the cloth.
7.5

Pope Benedict cheekily tells Cardinal Bergoglio, “You know there’s a saying, 'God always corrects one pope by presenting the world with another pope.' I’d like to see my correction.” An apt quote, it sets the tone of Bergoglio and Pope Benedict's various discussions on faith, the church and the duties of the Pope. The Two Popes, directed by Fernando Meirelles, is an inside look at the ideological differences - and unlikely friendship - between the current and former head of the Catholic Church. 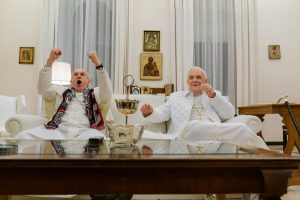 Hopkins and Pryce masterfully play the two popes with chemistry so palpable, it crackles on-screen. Hopkins portrays Benedict as aloof but warm in his supporting role. But Pryce's portrayal of loving and passionate Bergoglio commands attention. A tight screenplay adapted from Anthony McCarten’s 2017 play The Pope enhances these performances. The popes' discussions are like a rap battle, working to one-up the other with the wittiest bar. Bergoglio’s bars outshine, with memorable lines such as “mercy is the dynamite that blows down walls.” Pryce’s soft but convicting delivery emphasizes this mic-dropping dialogue.

Benedict and Bergoglio develop an Odd Couple-Esque relationship despite opposing views, which is fine on paper. But amid the banter, you almost forget how little the film tackles the church scandals. In the 9th annual U.S. Conference of Catholic Bishop's audit, results found the number of credible allegations of sexual abuse of minors committed by Roman Catholic priests or deacons in the United States rose 15 percent from 2011. Almost a decade after the 2002 Boston priest scandal, many victims didn't receive justice. 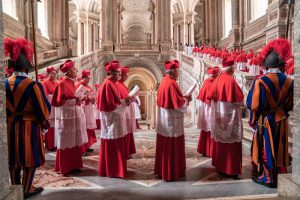 We get an attempt to address this in one scene, where the two popes have a tense discussion in Rome. Bergoglio accuses Benedict’s viewpoint as one that thought “it was better if nine children suffer than if nine million lost their faith because of a scandal.” But as quickly as the heat rose in the scene, it fizzled out and wasn’t brought up again. To strictly focus on the popes' friendship certainly appeals to a broad audience. But to lightly touch on multiple scandals that occurred during the film's timeline isn’t being intellectually or creatively honest.

On its face, The Two Popes is a vehicle for two established actors to immerse themselves in characters. And for the most part, that’s more than enough to satisfy. But without transparency on how the church failed to protect victims, we don’t get beneath the robes, only on the surface of the cloth.